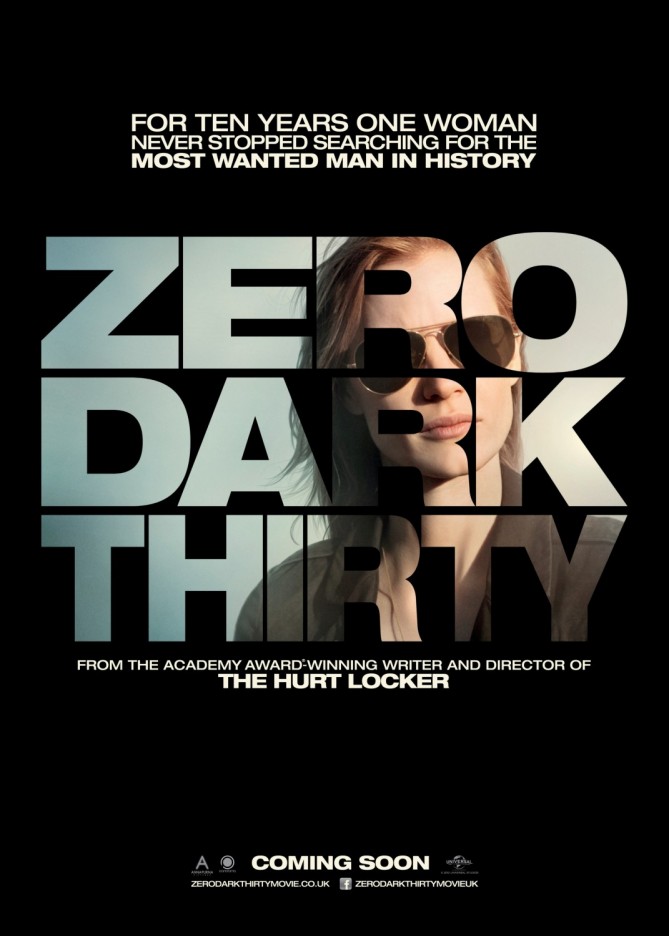 The film opens in darkness. A black screen. Voices. It’s 9/11 and we are hearing events unfold. It’s one of the most affecting cinematic moments of the last few years. One of the film’s great accomplishments, evident from the first scene, is the way it weaves a story that could have stirred up feelings of revenge but instead brings us into deep contact with the common humanity we share with every one involved in this painful saga, from the agents who engaged in torture in hopes of extracting actionable intelligence; to the torture victims whose guilt in the movie is clear; to the surviving wives and children of Bin Laden, Bin Laden’s courier, and the courier’s brother and sister-in-law, who were at the compound when they were killed.

I was blown away, again and again, Bigelow and team’s ability to inject deep humanity into a story that could have been rendered in stark, us or them terms. It started early on, with torture scenes that make me feel the suffering of a man who probably is a terrorist. Those same torture scenes made me feel an affinity for the CIA agents, even as they engaged in acts of torture, which I fundamentally oppose, on both humanistic and strategic grounds. And yet, watching them do their thing, I stood, not in judgment, but in their shoes, and I imagined I might do the same thing. My allegiances shifted again in the end, when, in the middle of the night, inside the walls of the Bin Laden compound, I was confronted with the crying children and wives of the deceased. My heart went out to them, even the women, who most certainly chose their own fate.

Zero Dark Thirty is a masterpiece. It’s visually stunning, narratively complex, and it does what filmmaking does at its very best: it allows us to occupy the reality of another, as if it were our own, which is surely where our walk toward the world we dream — a world without violence and hate — begins.

Zero Dark Thirty was directed (and produced) by Academy Award winning director Kathryn Bigelow [Hurt Locker], written (and produced) by journalist and Academy Award winning screenwriter Mark Boal [Hurt Locker], and stars the uber-talented Jessica Chastain (who came to prominence last year in a whole slew of films [The Help, Tree Of Life, and Take Shelter, to name just a fraction of her 2011 oeuvre]), the tender and talented veteran actress Jennifer Ehle, and a revelatory Jason Clarke, a veteran actor who steps from the shadows with his adrenaline-fueled performance in this film, made all the more remarkable by how different Jason is in real life. He spoke last night at a screening and Q&A, along with Bigelow, Chastain and Ehle, as well as the film’s Production Designer Jeremy Hindle, Sound Designer Paul N. J. Ottoson, and editors William Goldenberg and Dylan Tichenor, who each did such distinguished work on this film that I wouldn’t be surprised if they’re each nominated for Academy Awards. Jessica Chastain will almost certainly receive a Best Actress nom, and Bigelow and Boal as well — for Best Director, and Best Original Screenplay, respectively, and for Best Picture, along with Megan Ellison, in their role as producers of the film.