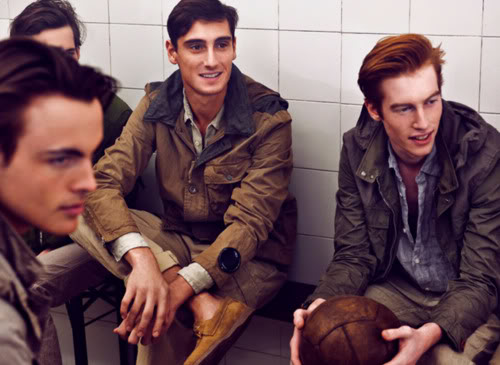 Veteran’s Day is Sunday. I look forward to a day when we raise no army and wage no war, but until then, let’s honor the brave men and women who do a difficult and often thankless job in times of peace and war. My uncle Jack was in the military. He served his country until the time of his death, under mysterious circumstances, when his body was sucked out of a plane flying over the Pacific Ocean.

I never met my Uncle Jack — he died before my birth — but when I think of him, I think of what it means to serve a country that has not always served you. My Uncle Jack served at a time when, back home in his native Winston Salem, North Carolina, he was consigned to the back of the bus. He served a nation where a man who looked like him could be lynched with impunity and have fire hoses turned on them while they marched for Civil Rights. He served, I imagine, because he believed in the vision of America, and what America might become.

We owe our veterans a better world. We owe them a world of abundant opportunity where the military isn’t their only or even their best opportunity so that the decision to serve and risk life and limb can truly be a choice, a meaningful choice, that a woman (or man) makes because she is called to serve, because being a warrior is the true and highest calling for her life.

To all those who are called to serve — or who have elected to serve as a means to accessing the promise of the American dream — we owe you this:

Leaders who are wise enough to know when to wage war and when to use diplomacy and other means.

Deployment strategies and a military culture that support mental health so that we will never again live with the specter of a suicide rate among our active duty personnel that eclipses their rate of death at war.

A military culture where women and gay men and lesbians are safe and afforded equal dignity and respect.

The opportunity for education, job training, employment and health care when you come home.

This Veteran’s Day, let us commit ourselves to these goals.

PHOTOGRAPHY via This Is Not New