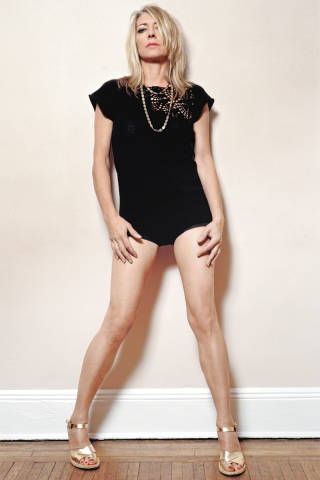 Gordon at 59 has started a new band, is painting like a fiend, and she’s dating again, being squired about by younger men, a restauranteur, actor and architect among them, following the end of he long marriage to Thurston Moore, her Sonic Youth co-founder and bandmate, and father of her young adult daughter Coco. The marriage ended as these things sometimes do — a midlife crisis, an affair with another woman, counseling, Thurston’s unwillingness, or inability, to leave the other woman so as to knit his family back into a piece.  Gordon is honest about the toll this loss took, and it’s her honesty that makes this next turn of her professional and personal screw so instructive for the many of us who, having taken a hit or two by the time we were 30 or 40 or 50 or so, wonder not so much how we can get back up and keep going — there’s something innate in the human survival instinct that allows us to do that — but how we can rise like a phoenix from the ash and set this world ablaze. END_OF_DOCUMENT_TOKEN_TO_BE_REPLACED

END_OF_DOCUMENT_TOKEN_TO_BE_REPLACED

I fell in love with film in my mid-twenties when I started writing screenplays. I came at it through an interesting doorway, having realized that the legal career I’d set in motion wasn’t right for me. After several long walks and some jottings in my journal, I heard a clear, strong voice, voice of God, if you will, say “you will write for film.” I obeyed. First the conversion, then the understanding. END_OF_DOCUMENT_TOKEN_TO_BE_REPLACED

END_OF_DOCUMENT_TOKEN_TO_BE_REPLACED 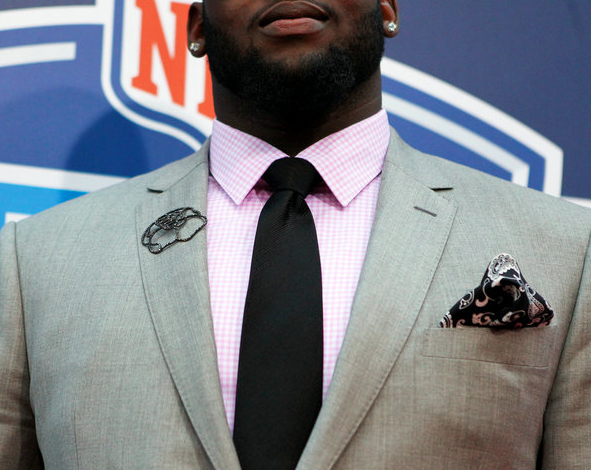 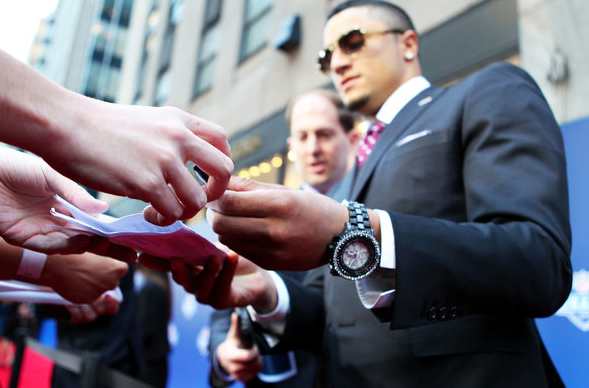 To be sure, football is the prose-light version of these grand narratives, but the big themes, which might be compressed and summed up with a single moniker, “the agony and the ecstasy,” are everywhere to be found in the sporting life. Steal a look at the ESPN documentary series 30 for 30 if you have any doubt. There you’ll see lives splayed open like a corpse on autopsy day. It’s a lovelier thing than this metaphor makes it seem.  A great story, after all — and 30 for 30 features some of the best, from filmmakers like Peter Berg (Friday Night Lights), Steve James (Hoop Dreams), Brett Morgan (The Kid Stays In The Picture) and rapper/actor/producer Ice Cube — allows us to dissect a life and find lessons that illumine our own.  END_OF_DOCUMENT_TOKEN_TO_BE_REPLACED

END_OF_DOCUMENT_TOKEN_TO_BE_REPLACED

Last night on American Idol, Candice Glover gave what I called on Twitter “one of the most astounding performances I have seen in a lifetime.” When she took to the stage to sing The Cure’s “Lovesong,” she brought me to tears, and she brought me to my knees. My husband came home while I was watching it for the fourth time. Tears were streaming down my face. He asked why I was crying. I answered, using words that were clearly inadequate to the occasion, “It’s just so moving.” He laughed. I have to admit it was funny, the childlike wonder with which I tried to explain what cannot be explained. I didn’t try again. I just sat him down and rolled tape.

END_OF_DOCUMENT_TOKEN_TO_BE_REPLACED

I may be late to the dance. But better late than never, as the people do say. Yesterday, just yesterday, I discovered Street Etiquette, the glorious feast of a style/lifestyle blog, founded by Joshua Kissi and Travis Gumbs in 2008, when they were both just 20 years old. Drawing from a robust and varied array of sartorial influences — everything from afro-dandyism to punk to urban to mod to prep and beyond — Kissi and Gumbs are publishing what their website aptly calls “a truly unique vision of fashionable menswear,” and are well on their way to building a lifestyle brand about the places where style, travel, music and more meet. END_OF_DOCUMENT_TOKEN_TO_BE_REPLACED