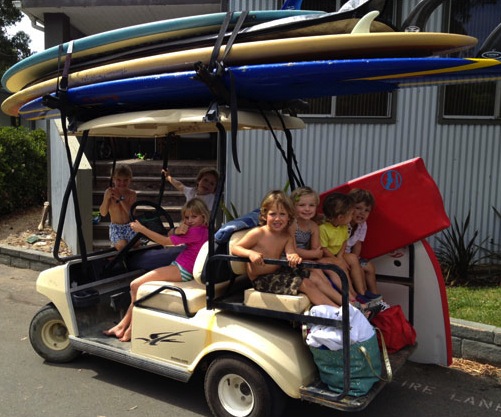 When I was a child I took piano lessons from an older Southern lady who taught me to play Dixie (before my mother put the kibbutz on that), and then moved along to the polka. Needless to say, it was not an auspicious start. There would be other teachers and other music over the years (European classical, mostly, which I like to listen to but don’t really like to play), but my polka years loomed large and the love of piano never took root. I wanted to quit. My mother wouldn’t let me. She feared that I didn’t have any “stick-to-it-iveness,” as she called it, though by then I’d been a gymnast for 9 years, and had proven myself to be a focused and dedicated student. I don’t fault her, really. She wanted me to have the discipline and drive I would need to cut a broad swath through life — something she wanted for me, and that I’d later want for myself. Like parents everywhere, she wanted the best for me — and thought that having me stick it out on piano would somehow play a part. Of course, her other option would have been to simply let me quit.

Ideally we emerge from childhood knowing how to commit, and what to commit to. Too often, the “what” of the equation gets short shrift.

If we want our children to develop discipline, focus and the ability to stick it out, even when it’s hard, then we need to give them a good reason to stick it out even when they don’t want to. I can only think of three: passion, talent and purpose.  END_OF_DOCUMENT_TOKEN_TO_BE_REPLACED

END_OF_DOCUMENT_TOKEN_TO_BE_REPLACED

This year’s Chanukah commemorates new beginnings for my family as I emerge from the ruble of protracted divorce to re-build a new life with my three-year-old and my amazingly patient and loving fiancé, Dane.  My daughter Ruby does not yet comprehend the idea of being Jewish, and this year I am introducing to her the rituals of the “Celebration of Lights” since last year she was too young to absorb it.  Dane, who is not Jewish, will be learning about the holiday right along with her.

At bedtime, Ruby asks me “what are you going to be for Chanukah, Mommy?” A plausible connection to Halloween, I suppose, which is still in the rear view mirror.  I don’t have a real good answer and, to buy time, wholeheartedly endorse her plan to be a fairy. Since the family Chanukah party this year isn’t until the end of the week, the best I can do right now to show her that this week is different from all others is to make sure we light the candles each night.  Sometimes it’s challenging to make it home in time from work, and Ruby gets to stay up an hour later so we can reinforce the ritual.  As a single mom, I feel the weight of ensuring that these traditions get passed on to her.  Luckily I have a supportive partner in Dane who cheers me on at the sidelines and makes sure the candles are in place as I skid through the doorway.  I recite the prayers in Hebrew, “Baruch atah adonai, eloheinu melech ha’olam…” when my daughter stops me. “No Mommy, that’s not right.”  She sings “Twinkle Twinkle Chanukah Lights” to the tune of “Twinkle Twinkle Little Star,” which she must have learned at her ultra-conscious, all-inclusive nursery school.  We sing her song, followed by the dreidel song,  “Dreidel dreidel dreidel, I made it out of clay…”  A dreidel is a spinning toy with four Hebrew letters, one on each side – shin, hey, gimel and nun – which are the first four letters of the Hebrew words “A Great Miracle Happened Here.”