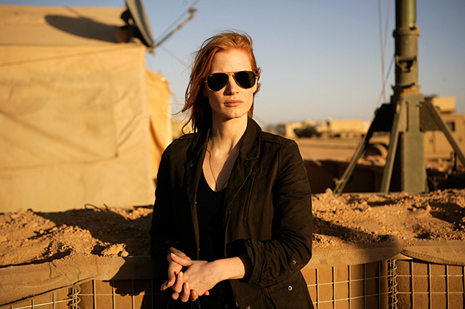 Kathryn Bigelow’s Zero Dark Thirty was one of the most accomplished films of 2012, which is why the excoriating moral critique of Bigelow’s film, from the New Yorker’s Amy Davidson, was such a compelling read. I was one among the many who were floored last week when Bigelow was passed over for a Best Director Academy Award nomination, along with Ben Affleck, who deserved a nod for Argo that he did not receive (though he won both the Golden Globe and Critic’s Choice Awards for his direction of that film). Davidson was not surprised — or, at least, not disappointed. For Davidson, Bigelow’s masterpiece is a moral, and therefore directorial, failure, a supposition I couldn’t disagree with more — which is why I put together this piece on Arguing Torture and Zero Dark Thirty with Amy Davidson, even if she isn’t arguing back. END_OF_DOCUMENT_TOKEN_TO_BE_REPLACED