Cast iron lasts several lifetimes (we’ve been passing them down in Southern families for years), well seasoned pan cleans easily and never sticks, and cooking with cast iron even adds some low dose iron to every meal. Southern cooks fry chicken in cast iron, but I use mine to brown chicken on the stove before sliding it in the oven so it can bake. In fact, I love to cook anything in it that can benefit from the carmelized goodness that cast iron imparts better than just about any cookware I know and, unlike close rivals, like enamel coated cast iron favorite Le Creuset, cast iron is super affordable. Treat it right and you’ll be roasting potatoes and whipping up batches of skillet cornbread, and just about anything you can imagine, for years and lifetimes to come to come. 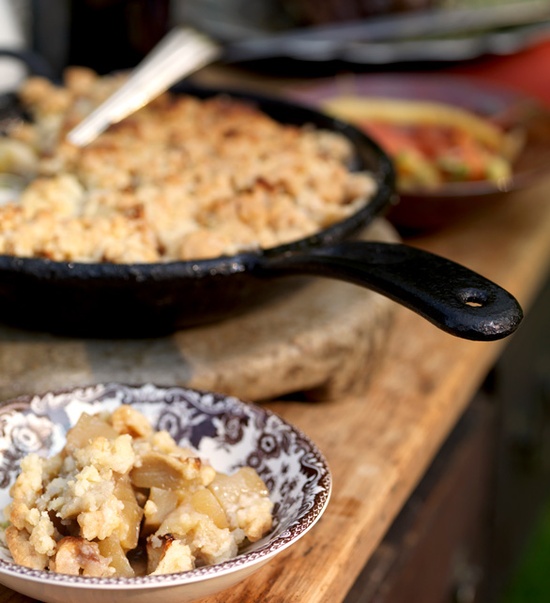 Cast iron is easy to care for, but you have to treat it right, and a lot of the conventional rules for caring for cookware simply don’t apply. If you’re new to cast iron cooking, some of this will sound counterintuitive, if not down right dirty, but trust me when I say that this is the only way to treat cast iron and, yes, it’s perfectly safe.

HOW TO SEASON YOUR CAST IRON COOKWARE

Seasoning your cast iron cookware will add a protective coating that prevents rust and makes the cast iron non-stick.

Step 1: Scrub you new skillet with steel wool to remove its protective coating, and wash with mild, soapy water. If re-seasoning an old skillet, just scrub with hot water and a brush.

Step 2: Wet a paper towel with vegetable oil and spread a thin layer over every inch of your cookware, including the handles and bottom of your skillet or pot.

Step 3: Heat, uncovered, for 2 hours in an oven at 250 degrees. You can spread some foil on the bottom of the oven or a lower rack to catch any dripping oil.

Step 4: Let your cookware cool before use.

HOW TO CLEAN CAST IRON

Never, I repeat never, use soap on your cast iron. Simply scrub it out with a scrub brush or a dousing of coarse kosher salt.  Yes, this is perfectly hygienic. We’ve come to associate “clean” with suds, but salt is a natural cleaner and preservative, and the only cleanser you should ever use on cast iron. Anything harsher will strip your pan of its seasoning, turning your non-stick pan sticky and paving the way for rust. It’s also enough to simply scrub off any stuck on bits of food, run it under hot water, and call it a day. Salmonella, after all, isn’t found in cooked food. Neither is anything else you need to worry about. 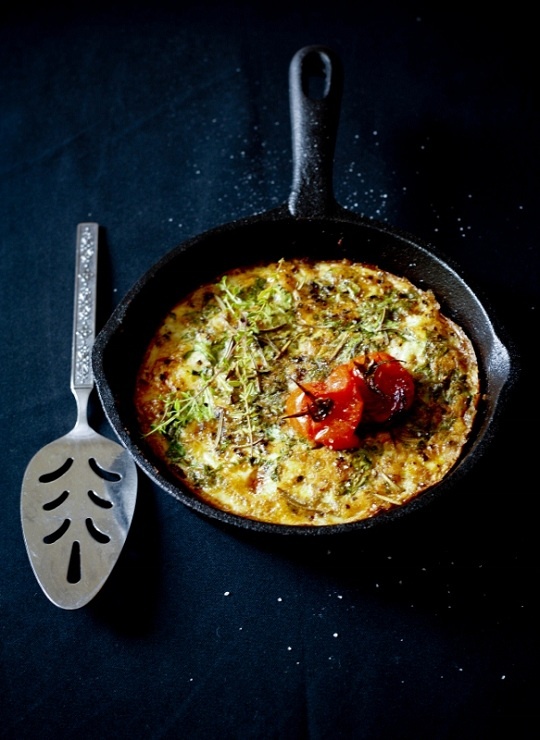 Seasoning my cast iron yesterday in a quiet kitchen, I felt myself transported back to a simpler easier time, and when I returned to my busy modern life, I brought riches with me that I intend to weave into my life. Call these “Life Lessons From Cooking With Cast Iron.”

Lesson #1. Be frugal when you can. I love luxury when it adds something meaningful to my life (a beautiful room in a one of a kind hotel, a trip to an exotic locale, a beautiful item of clothing to adorn my body with, or a beautifully crafted piece of furniture for my home), but I’ve found that, often as not, the beautiful things in life can be gotten for a song, like a cast iron skillet. It may look homey — it is homey — and that’s just the thing. It’s a simple exquisite thing with the power to reminds you that your kitchen is the heart, and hearth, of your home.

Lesson #2. Get down and dirty. Cast iron cooking is a throw back to days when we weren’t all so terrified of germs. As antibacterials have proliferated in the marketplace, we’ve forgotten some simple truths, to our detriment, like the simple truth that we are made for germs and, without them, our immune systems never quite become what they should, exposing us to far greater risk than an un-sudsed cast iron skillet ever could. Our Southern ancestors new how to live in harmony with the world around them. That sense of harmonious living was cooked into every cast iron skillet meal they made.