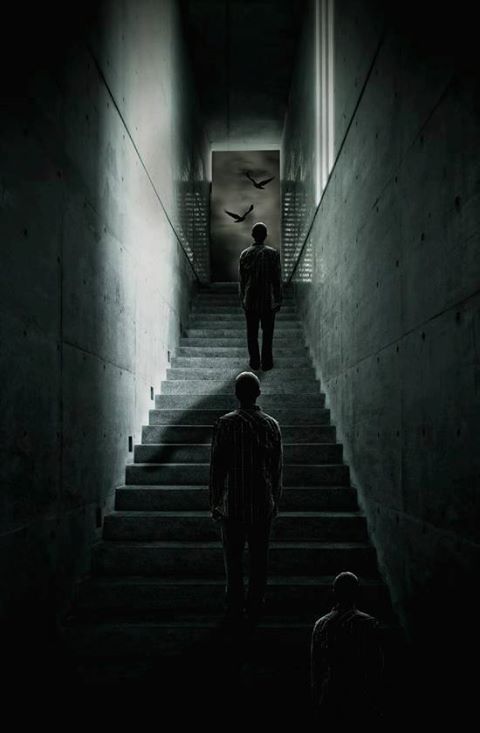 If the door shuts, do not go away.

Be patient, even if every possibility seems closed.

The friend has secret ways known to no one else knows.

Unknowingly, I opened myself to the secret way. And then this quote appeared, explaining everything.

The secret way is the way of minimal effort. No, it’s not the lazy way, but it is the way of aligning yourself with the natural flow of the river, the way of riding the crest of the wave. So many of us fight with life as if it’s opposed to our will. And, yes, I suppose it is opposed to our will, if our will is defined as our pig-headed intent to have things unfold exactly as we’ve planned. But if our will is aligned with our true calling, if it is aligned with how we can use our talents, passions and gifts for the benefit of both ourselves and the world, then life will not only not oppose us; it will remove every obstacle from our path and make a way, as Southern black Christians say, out of no way. I have seen it with my own eyes and lived it from inside my own life.

Steve Jobs discovered the secret way when he was fired from Apple and, after flirting with the idea of leaving Silicon Valley, realized his work was not done. He redoubled his efforts and created Pixar and NeXT. NeXT became the secret way. Jobs sold it to Apple and Jobs returned to the helm of Apple, the company he’d founded and been ousted from, using NeXT technology to build what would become the most popular products of the Apple brand. He didn’t see it coming, he didn’t plan it, but he did dig in and do the thing he was called to do and when the secret door opened, he had the good sense, and the practical tools he needed, to walk on through.

I’ve started to experience the secret way in my own life and here’s what I know about how it works. You set a goal to live your own most fully realized life. You dig into what that means. You figure out what you love, what you do well, what you are most passionate about way down inside beneath the level of the specific form you think it’s supposed to take (because one of the interesting things about the secret way is that the friend knows things about you that even you don’t). In other words, you do your inner heavy lifting, you find out who you are — not who the world thinks you are or wants you to be, not who you think you have to be in order to survive — but who you really are. Then you roll up your sleeves and you do the work, just like you’ve always done — or, if you’re new to sweat equity, you can go ahead and roll up your sleeves now. If you’re being called in a new direction, you may have to do double duty, doing your current job, whether that’s career, parenting or both, while simultaneously taking on your moonlighting job of taking the small steps toward the things you want and deserve and were born for. It won’t always be easy (did I mention we’re all so busy), but it will be worth it, not just in the end, but along the way.

If you make that investment, you’ll discover, as I have, that the friend makes away. Things literally land in your lap — though my perfect husband reminds me that I worked for it. He’s right. I excavated the archeological site of my true self. I did massive amounts of research to learn about arenas I knew nothing about. I tried out ideas and when I realized they weren’t quite right, I pivoted, as they say in the entrepreneurial world, where getting it wrong on the way to getting it right is par for the course. I invested the sweat equity. And then, out of nowhere, doors started to crack and swing open. Invitations   came to do things that I’d casually mentioned to myself that I wanted to do. And suddenly, upon committing to the goal to do this or that (write a novel, do some public speaking) access was suddenly granted to worlds that I hadn’t been part of, as if to let me know that, if I continued on, there would be space for me. It’s as if the friend had been eavesdropping on me and decided to open wide the gates to the secret way.

How has the secret way made itself known in your life?