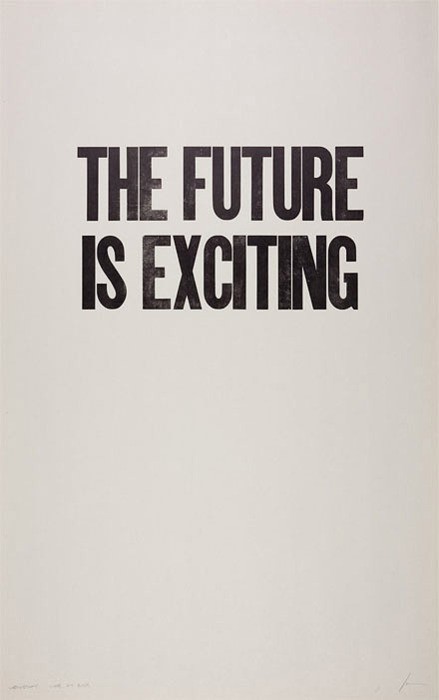 The future begins now. In the very moment we’re living in. It’s a place ripe and full of possibility. A place where you can be anything you dream, provided your dreams are grounded and real. The mandate that you make our dreams grounded and real is not meant to shrink the size of your dreams. It’s meant to give you the fuel you need to fly, not just in your mind’s eye, but in the world, where the real excitement takes place.

I believe in the possible, yet I don’t believe in limitless possibility. Our lives are constrained by the scope of our talents, the types of opportunities we’re able to access, and our own ability to navigate our way through the world. This isn’t to discount the role of kismet: a financially strapped young Charlize Theron throwing a fit in a bank and meeting her future manager, a 5-year old named Quvenzhané Wallis auditioning for a small independent film called Beasts of The Southern Wild, and becoming the youngest person ever nominated for a Best Actress Academy Award. Theron and Wallis also each made a plan.

Theron originally planned to be a dancer. She trained at the Joffrey Ballet. But when a knee injury brought an end to those dreams, she regrouped with the help of her formidable mother Gerta, who told her, “Either you figure out what to do next or you come home, because you can sulk in South Africa” (where Theron is from). So a 19-year old Theron hopped a plane to Los Angeles (on a one-way ticket funded by her mother) and, from there, kismet kicked in when a broke Theron, who was then living at the Farmer’s Daughter Motel, which was not a fancy dive back then, made that fateful trip to the bank. As for Wallis, she decided to go on an audition one day (despite her plans to be a dentist when she grows up), and opened the wardrobe door to another world.

The future is exciting for those who plan — wherever that plan may lead them, however far that may be from what they originally dreamed.

The future is exciting. It is bright and full of possibility. Dare to plan for it, dare to dream, dare to keep yourself open to the magical possibility that the future presents.

IMAGE via I Wanna Be Gwyneth