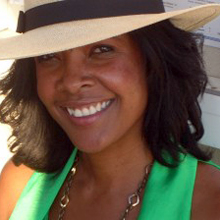 She’s written screenplays for (and developed her own original screenplays with) various Hollywood studios, production companies and networks.

She sits on the Advisory Board of social storytelling startup Share More Stories.

She’s part of the signature lineup of contributors at The Huffington Post, has contributed to The Crisis and Medium, and occasionally appears on HuffPost Live.

Paula is currently at work on a novel and cross-platform story world.

She is a graduate of Duke University, where she studied Public Policy and co-founded the Duke Women’s Center, and Columbia University School of Law, where she served on the Human Rights Law Review and held a post as a human rights intern in Kenya.

She is a member of the Writers Guild of America, west. 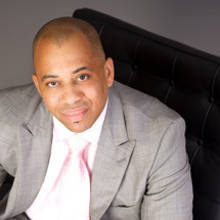 Darryl Cobbin is a member of The Revel In It Advisory Board. He’s a proven, award-winning branding and marketing expert and brand visionary who’s held senior executive level marketing positions with The Coca-Cola Company, and with the start-up wireless venture Boost Mobile, which was acquired by Sprint Nextel. He brought his talent and expertise to the Media & Entertainment industry as Executive Vice President of Marketing at News Corp’s 20th Century Fox Films.

Cobbin is currently a Managing Partner & Co-Founder of Diamond Diaspora Media, a digital media company. He is also President of Brand Positioning Doctors, a marketing firm that focuses exclusively on helping clients build a laser sharp Brand Positioning resulting in industry leading results. Cobbin, a contributing relationship blogger for Huffingtonpost.com, recently authored “Before You Wed…Read This!” a real-life marriage guide. 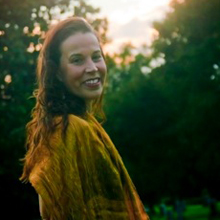 Lara Hoefs is a member of The Revel In It Advisory Board. As a young girl, Hoefs started journaling stories as soon as she could write. Led by her growing fascination with people and the mystery, she would go on to travel the world listening to stories and documenting them via mixed tapes, photography and filmmaking. Ultimately, her passion for making sense of the world through story led her toward the study of people, culture and media, and toward  building a career in an industry of storytellers.

Over the last decade, Hoefs has channeled her passion and talent for storytelling into a career in Hollywood producing documentaries, transmedia, digital content and more. Her film marketing work includes the Twilight series, which broke new ground in transmedia audience engagement, and Les Miserables.  Hoefs holds a masters degree in Media Psychology and Social Change and is an expert in the ways that people are telling and engaging with story across multiple new media platforms now. It’s work that brings her full circle back to a theme that has fascinated her since childhood – the role that story places in shaping our individual identities and our culture. She brings a keen awareness of the current and future media, culture, identity and storytelling landscape, and a commitment to helping to shape our new entertainment and media landscape. 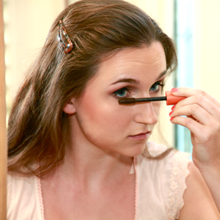 Tara Tomicevic was a member of The Revel In It Pre-Launch Team. She is an actress and producer who spent her early childhood in Croatia and Como, Italy before moving with her family to the United States. She holds a B.A. in Mass Communications from the University of California, Berkeley.