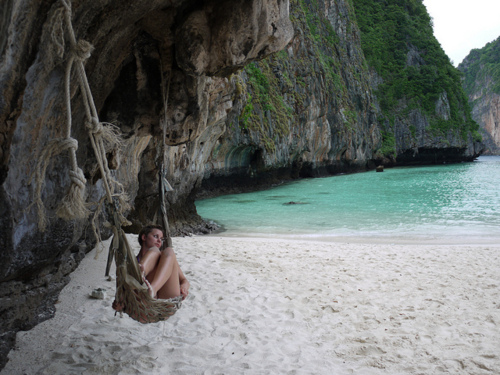 I come from good, strong, achievement-oriented stock. My father was a Fulbright Scholar with a PhD from the University of Chicago in Political Science (and second in Religion), who led the integration of Virginia Beach, fought for Voting Rights in Tuskeegee, Alabama, and built an academic and administrative career that culminated in his position as Professor Emeritus at the University of Virginia (UVA), the position he held at his death. My mother, also a professor (in her case, of Education), earned straight As in her PhD program and, at one time or another, has headed up about every organization she’s ever belonged to. She is still one of the busiest people I know. My grandparents no doubt set the stage. My paternal grandfather was an entrepreneur and ordained minister who owned apartment buildings, founded a church in New Jersey that remains a fixture in the community a half century after his death, and has a dormitory named after him at Virginia State University, where he was once Dean of Men and coach of men’s football and baseball. My paternal grandmother, a graduate of Howard University, was the 4th National President of Alpha Kappa Alpha Sorority, the oldest African-American sorority in the United States. My maternal grandparents were also great achievers. My grandfather, who was an educator and community leader, has a school named after him in Florence, South Carolina, where he lived, and my maternal grandmother was a secretary and union organizer who died when I was just a year old, a loss that I felt all the deeper when, shortly before his death, my father, who by then had been divorced from my mother for 34 years, reminisced with me about the truly extraordinary human being she was.

I imagine I was expected to achieve from the start. My mother tells the story of how I spoke in full sentences at 8 months old, stood on my head at one. and read at the 8th grade level by the time I was three (though this one seems a little far-fetched, even to me, even though she assures me that it’s true). As a young child, I was a gymnast, I played the piano (without much conviction, I will admit), dabbled in the arts (painting, the viola, dance), read vociferously, and spent hour upon hour in the woods. I have fond memories of this time, but by the time I was in high school, I’d left this all behind in favor of becoming the kind of well-rounded person that gets into all the right schools. I call this the “super-achiever” track, and I super-achieved. I became Student Body President (becoming the second woman and first African-American to do so since the school’s founding in 1831). I got into all the “right” colleges, most notably Harvard, Brown and Duke, where I ultimately went. I went to an Ivy League law school and landed a fantastic job offer at one of the most prestigious firms in the world. And then, I walked away.

Achievement arises naturally from who you are. You may work hard to achieve a goal, but you work without strain, doing what’s needed, but never more. Your direction is set by an inner compass that enables you to find your true North, even as those around you are convinced that you’re going the wrong way.

In contrast, super-achieverdom has a desperate quality about it. It pursues achievement for the primary purpose of confirming that we are “someone”, that we are okay. Here’s the secret: We are someone, we are okay.

The purpose of our lives is to grow into the someone that we already are. There’s a saying that speaks to this: “The seed contains the tree.” Given the right soil and water conditions, an oak seed while become an oak tree. If you give an oak seed the conditions an orchid needs to grow, it will not become an orchid, and neither will it become an oak. With people it’s a bit different. With enough hard work, we can become all kinds of things. People who live lives of super-achieverdom are particularly adept at this. They scale the heights, racking up accomplishments while living with a vague emptiness that their achievements can never quite fill. At the same time, they feel a desperate need to keep the accomplishments coming, lest it be revealed that they are nothing at all. And yet, it’s the moment when we have nothing to fall back on but ourselves that we are most poised to hear who it is that we are, and what it is that we have come to do. For some people, hearing the voice of who they are comes naturally. They know who they are, trust their instincts when others would not, follow the breadcrumbs of synchronicity that appear on everyone’s path, and know what work they need to do and when they need to sit back and do nothing at all. For others of us, hearing that voice is more difficult. We get caught up in fear — or ego — and miss the signs that point to our true north. But every once in awhile, fate will intervene to give us a second chance. They key is to recognize our chances when they come.

In 2000, forced to accept that he would not be President, Al Gore gave his final concession speech. Quoting his father, he said, “Defeat may serve as well to shape the soul and let the glory out.” For a period, Gore seemed adrift. He was heavier. He sported a beard. And then came An Inconvenient Truth, and the Nobel Peace Prize. This work and this achievement were the culmination of Gore’s lifelong passion and commitment to the environment. It was the work that he was born for. The work that everything in his life conspired to make possible, from his father’s ambitions for him, to his own early passions for and commitment to the environment, to his political career, and to its very public demise. No political career, no An Inconvenient Truth. And also this. But for his failure to ascend to the office of the presidency — a failure fate conspired to make — Gore may have never ascended to a higher office still: the office of his true and highest self.

5 REASONS WHY SUPER-ACHIEVERDOM IS OVERRATED

Reason #1: It keeps you from the failure that leads to success.

Failure is often a necessary stop along the pathway of success. We learned to walk, talk, ride a bike and do just about anything that we do really well by first failing. Even if you were a prodigy, there was a time when you didn’t know how to throw that football or play that violin. It also bears mentioning that some of the most meteoric successes follow crushing failures, or protracted periods during which failure (or merely modest success) is the norm. In 1984, Steve Jobs was ousted from the company he founded. By 2000 he was back at the helm and, using the lessons he learned from his various failures (being ousted was not the only one), he went on to build one of the most recongizeable and profitable companies of our time. Likewise, Kate Walsh, star of ABC’s Private Practice, didn’t become a TV star until she was 35.

Reason #2: It constrains the imagination.

Super-achieverdom is all about results, about getting the blue ribbon or the straight As. When you focus too much on results only, you miss out on the opportunities the process holds. Maybe you fail to take a necessary risk, or ignore a leap of imagination that would have allowed you to discover something or create something or do something that could only be done that way.

Reason #3: It makes you small.

They may not look it or even know it, but people who are addicted to super-achieverdom are scared — that they aren’t enough, that they won’t be loved, that if they stop tap-dancing, even for a moment, the gig will be up. That’s a small place to live from. To live from a bigger place, all you have to do is remember that your successes didn’t make you; you made your success. Super-achieverdom would have you think the reverse was true.

Reason #4: It causes you to think others are small.

If you believe you are your achievements, you will also believe that other people are their achievements, which robs you of the ability to see people as they really are, and to receive the gifts they have to give.

Reason #5: It keeps you from your joy.

Super-achieverdom — which could be defined as an aversion to failure and addiction to success — by definition cannot make you joyful. True joy comes from having an inner confidence neither triumph nor failure can touch. To get there, you must let super-achieverdom go.