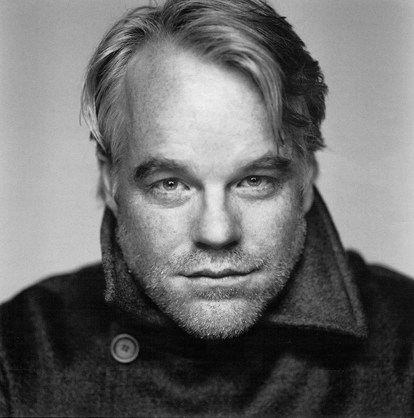 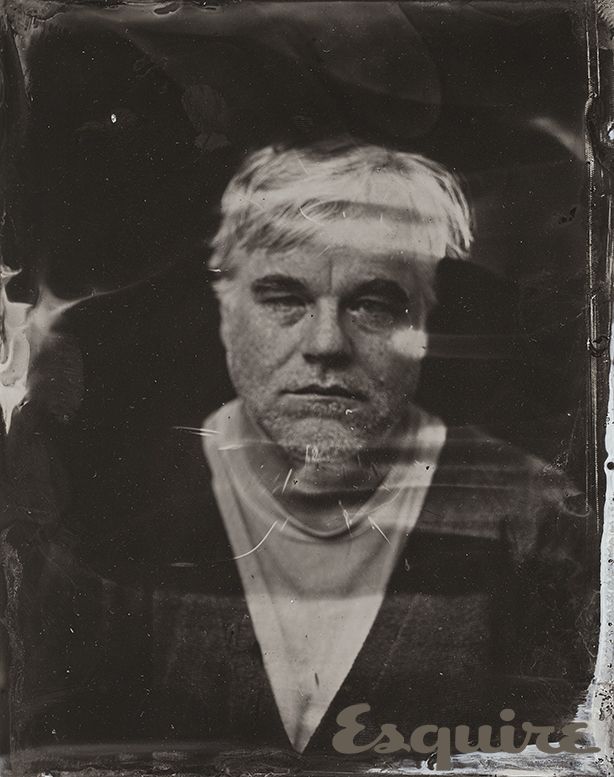 There are no words. I have no words. I speak anyway. First in a borrowed tongue. The words (word) of Questlove on Twitter… Just “Philip.” Jim Carrey’s beautiful, beautiful send up (send off)… “Dear Philip, a beautiful beautiful soul. For the most sensitive among us the noise can be too much. Bless your heart. ;^{.”

I was (am) heartbroken by the death of the great and luminous Philip Seymour Hoffman, who pulled up the greatest beauty from the depth of his soul.

I read a quote last week from Nietzsche that I’d somehow overlooked: “We have art in order not to die of the truth.” Well, the truth descended yesterday morning. The truth of suffering. The truth of the irreconcilable nature of life. The truth that all we can do is enter into it, fully if we dare, and that the entering contains our exiting too. This is temporary, it is ephemeral, it won’t last.

I won’t recap Philip’s life. There’s no need. Questlove’s word is enough. “Philip.” A whole life contained in a single word. He made that word mean something. He made of his life a living, breathing thing. He fought the good fight, he gave what he had and, in the end he succumbed — as we all do in the end — to the fundamental fact of our humanness. But not without giving us a glimpse. He used his body, his being, his instrument to show us the depths of who he is, of who we all are. He let us enter on his wings into the depths of what it is to be alive — not the pretty surface, but the tumultuous depths.

Often, as I’ve sat in the depths of my own deep feeling, I’ve wondered if dodging what might overwhelm us might not be the wiser path.., but it isn’t, I don’t think, a living one. Philip lived. He gave what he had, and he fought the good fight, and he won — and in the end, he lost also. This is the way of life. The thing contains its opposite. Our sorrow is the house of our joy, and joy the home of our sorrow.

Yesterday morning I opened my email and saw a news flash from The Hollywood Reporter — “Hollywood mourns Philip Seymour Hoffman” — and known instantly what it meant. News of his death hit me like a sledgehammer.

If you were ever in a room with Hoffman, say at a panel discussion, you felt his greatness. If you ever worked with him, as some of my friends did, you understood that the depth of humanity that lived in the work also lived in the man. His death hit me like a sledgehammer because of how forcefully it pressed the case that life matters — it deeply matters — and then it’s gone.

I mourn Philip because of my love of acting, and of actors, and of anyone who pulls up anything from the depth of their being. I know what it takes and what it sometimes costs and that it’s invigorating, and necessary, and for the good of man. Nietzsche had it right. We have art so that we don’t die of life because, truth is, we can’t really make the pain of our lives go away (it shapes us, we are marked), and we cannot really transcend the sublime pain of being alive. Pain and  beauty go hand in hand. At any given moment, one wins. Most of us resist the pull of the painful, and a very few of us enter into it. Those who enter into it are like voyagers who return with news of a foreign land.

Our lives exist in the gravitational pull between poles. To be alive is to accept both poles and all that lies in between. To accept is to stop trying to exist at the happy end of the pole, to give up the thin idea of happiness altogether in favor of something greater that I’ll call fulfillment. Of course enjoy happiness when it visits you, but do not cling to it. Remember, it isn’t the only thing, and that fulfillment can exist even in the fallow moments, even when our lives have been raised to the ground. And it too won’t last. Sometimes we’ll feel fulfilled and sometimes we will not. This is life. It is hard and brutal and beautiful and sublime. Philip’s life and work embodied all of it. He lived a realized life and then he was gone, before we were ready, before he was.

That is what Philip’s death reminds me of. He fought and conquered an addiction 24 years ago, was clean from the age of 22 until 2012, when he relapsed. Having deeply loved an alcoholic who was my father, and one of the most beautiful, sublime human beings I’ve ever known, I know that pain and addiction go hand in hand, that what those who struggle with addiction are doing is trying to stem the pain that threatens to engulf them. They are trying to get a bit of relief. I have no idea what happened in the quiet recesses of Philip’s life, no idea what his addiction was about our how it is that he conquered it and then did not. I don’t know, I don’t know, I don’t know — and this not knowing is at the heart of my grief at the loss of Philip, and the loss of every beautiful light that preceded him on its inevitable march from this life. At least he came, though. At least he lived…, full on, all out. He let all of it be true.

And now, the children, Cooper, Willa, Tallulah. What they had and what they lost will make them into something new. They will always wish they could have been someone different. Someone who didn’t suffer this loss. My wish for them is that it deepen them, and not destroy.

An Addendum: Richard Brody, writing at The New Yorker, noted that “[w]ork that’s only good is limited to its technique; when it’s great, a work is virtually inseparable from the artist’s life because it gives the sense of being the product of a whole life and being the absolute and total focus of that life at the time of its creation.” As beautiful a statement as I’ve read about what Philip Seymour Hoffman gave us (despite my sense that Brody otherwise gets it wrong). Philip (that one word again) gave us everything.

And Another One: This from A.O. Scott’s gorgeous piece at The New York Times: “Mr. Hoffman’s gifts were widely celebrated while he was alive. But the shock of his death on Sunday revealed, too soon and too late, the astonishing scale of his greatness and the solidity of his achievement. We did not lose just a very good actor. We may have lost the best one we had… We will be denied his Lear, his Prospero, his James Tyrone in another ‘Long Day’s Journey Into Night.'”

And this, of his performance in Paul Thomas Anderson’s “The Master”: “Mr. Hoffman’s way — not necessarily affiliated with any particular school or ideology, and above all the product of his own restless intelligence and relentless drive — took him further and deeper than most of his colleagues would be willing to venture.”

And finally this, of Hoffman’s body of work: “Hoffman’s characters exist, more often than not, in a state of ethical and existential torment. They are stuck on the battleground where pride and conscience contend with base and ugly instincts…

These are not antiheroes in the cable television, charismatic bad-boy sense of the term. They are, in many cases (and there are more, going all the way back to “The Talented Mr. Ripley” and even the 1992 “Scent of a Woman”), thoroughly awful people: pathetic, repellent, undeserving of sympathy. Mr. Hoffman rescued them from contempt precisely by refusing any easy route to redemption. He did not care if we liked any of these sad specimens. The point was to make us believe them and to recognize in them — in him — a truth about ourselves that we might otherwise have preferred to avoid. He had a rare ability to illuminate the varieties of human ugliness. No one ever did it so beautifully.”

PHOTOGRAPHY (top to bottom) BY UNKNOWN and VICTORIA WILL