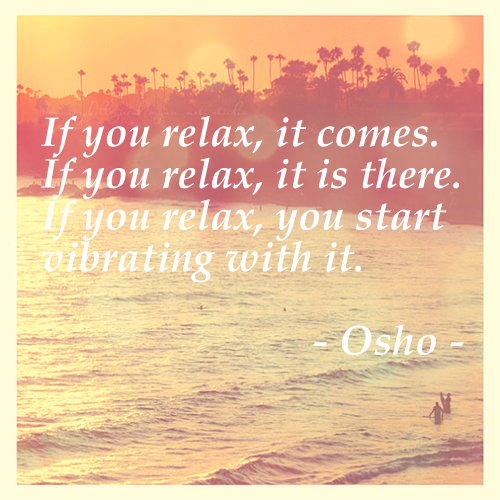 Today I had an amazing conversation with my friend C, who is my sister for life. It was one of those conversations that is only possible because of all the conversation that came before over the long 20 years of our friendship. The kind of conversation where you know, and are fully known. Much of that conversation will remain hidden-away in the vaults — at least for now — but one part is worth sharing with you: the part of the conversation where we reflected on the wisdom of letting life have her way with you. She’s going to anyway, and the less you resist, the more likely it is that she’ll dump you out on some hospitable shore. With your direction thus set by whomever it is that’s in charge of such things, you can then proceed with your hard-working, hustling ways, which you were going to do anyway, but what a relief to do it with the certainty that you are headed the right way.

The temptation, known to super-achievers everywhere, is to try, single-handedly, to orchestrate the story of your own life, as if you were the screenwriter of the movie you’re in and not merely the lead, or, scrambling metaphors for a moment, as if we’re the ocean and not the surfer on the wave. Taking the surfing metaphor a bit further, I can sum up the key takeaway from my conversation with C by saying that the wise person catches the whatever wave life serves up, instead of imagining that they themselves can create the wave they desire. I know, I know, I know, this is the exact opposite of what The Secret, Think And Grow Rich, and yadda yadda camp is all about, so you heard it first here. They are wrong. We do not orchestrate our lives out of whole cloth. Like the hero in a movie (mixing my metaphors again), our power lies not in the ability to make it up whole cloth as we go, but in the ability to artfully use whatever circumstances the story throws our way to maximum advantage. If we’re wise, when we see the wave coming, we get up on our board and surf. And until then, we wait for the wave. This isn’t to say we sit on our lazy butts and do nothing — my friend C and I are not fans of that — but it is to say that while we are working away, doing whatever it is that it is in our power to do, we’ll want to follow Osho’s advice and relax. You don’t catch a wave, after all, by straining for it, you catch it by relaxing, and allowing yourself to align with the mighty force of the ocean that is.

We belong to this ecosystem. When we relax, we vibrate with all that it is, and that vibrating carries us home, to our most exalted life.