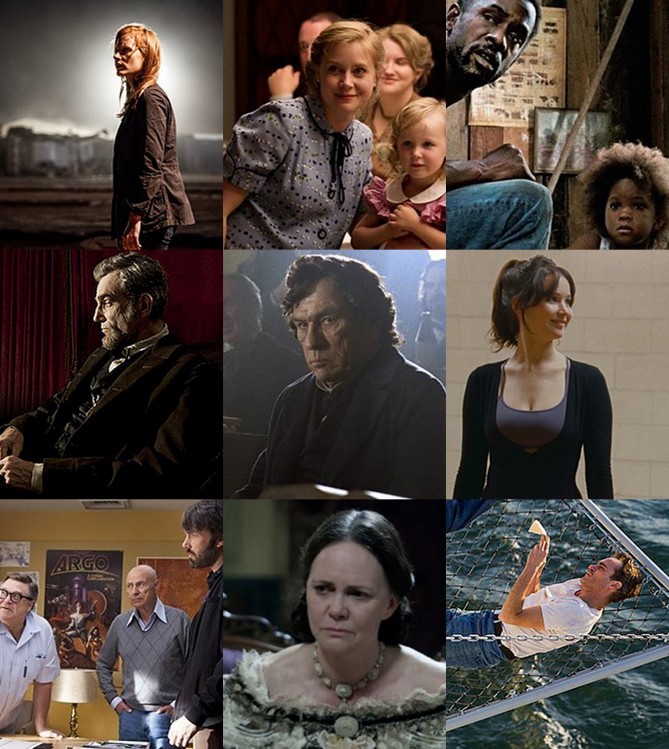 The Academy Awards were yesterday and I was glued to my TV screen like a crackhead fixed on crack. I’m addicted to award season, to the camaraderie, the unapologetic display of creativity over profits only, the Cinderella at the ball rise from obscurity (or the Hollywood “working classes”) that happens each year (think Jessica Chastain last year or Jennifer Lawrence the year before. Both women have catapulted to super-stardom in the milliseconds since and both were nominated this year for a Best Actress Academy Award, with Lawrence bringing home the Oscar Gold). This year’s Cinderella moments belong to the writers and directors, most notably Chris Terrio, who won the Best Adapted Screenplay Oscar for Argo, but also director Behn Zeitlin, his co-writer Lucy Alibar, and his star Quvenzhané Wallis, who went from obscurity this time last year to suddenly being on everyone’s lips.

Still, the night belonged to the veteran superstars, the legendary Barbra Streisand, who’s rendition of The Way We Were brought me to literal tears (as a child I used to play this song on the piano and sing along with all the world weariness that my young life could muster), and the uber-talented Ben Affleck who works such magic from the director’s chair — literally every time he’s at bat — that it makes me want to slap his mamma, as we say with high compliments back home in my native South. Jennifer Hudson and Adele may have moved the crowd (and me) with their vocal prowess, but it’s Affleck’s speech that will stay with me for years to come. Every year there’s someone — Jamie Foxx in his year, Russell Crowe in his, and this year Ben Affleck — who moves me with their obvious gratitude for the good fortune that’s befallen them at the end of so much work. They know the secret. No matter how hard you work and how talented you are, when you reach the stratosphere, luck had a hand. The right project came along, you were ready for it, and mighty forces came along, insuring that the works of your heart received the reception they would need to rock the world. When it happens it’s grace, and we could all use a little more grace.

Here is a complete list of winners and nominees: