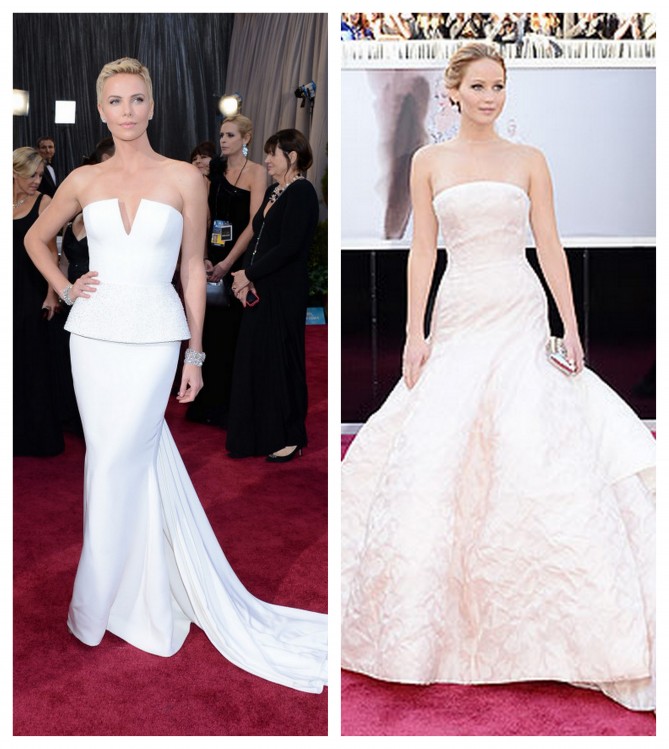 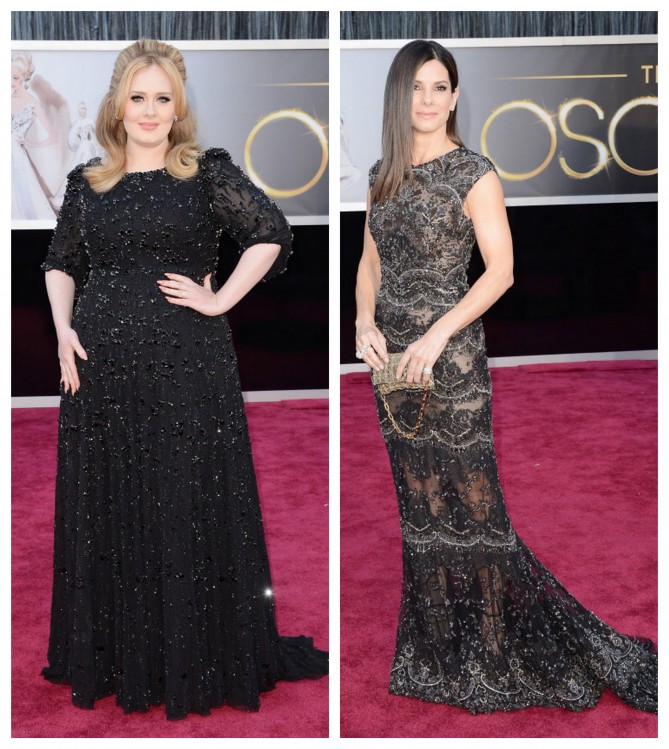 The Oscar sartorial gold goes to brand new Oscar Winner Jennifer Lawrence, who donned Dior Haute Couture last night when she nabbed her Oscar gold. The always lovely and well-appointed Oscar Winner Charlize Theron also took sartorial gold in Dior Haute Couture, the unabashed design house of the evening. As for her pixie cut? Too insane (as in insanely gorgeous) for words. You do have to be uncommonly beautiful to pull this off, but Charlize makes it look easy (and she somehow manages to do it while making you still want to be her best friend).

The Grammy and, as of last night, Academy Award winning Adele looked smashing in a form-hugging but otherwise covered-up sequin affair. So did Academy Award winner Sandra Bullock, who wore a short sleeved variation on the general theme.