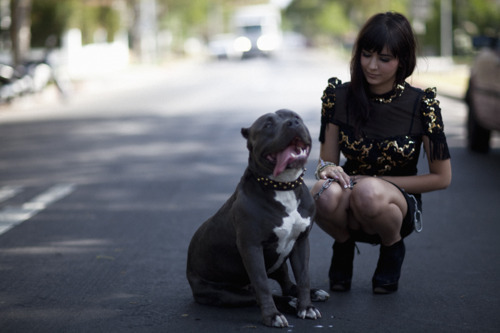 It’s October. The month of Halloween. We’ll be donning costumes and zhushing up the house with glam-pumpkins, spray-painted silver and gold. But it can’t be all-Halloween all the time, so we’ll spend the rest of the month celebrating other delights. This week we’ll examine the new color trend that emerged this past Spring — and our notion  that color is here to stay. We’ll take a dive into the more than model life of Liya Kibede, the model, actress, entrepreneur and activist whose socially conscious clothing line Lem Lem has taken the fashion world by storm. And we’ll explore the trend in luxury camping — or “glamping” as it’s so groovily called — where you can get your love of nature on, while still enjoying all the relaxed luxuries you’d find at one of the one-of-a-kind gems in the Relais & Chateaux hotel group. My husband and I stayed at Relais & Chateux member House of Jasmines during a trip to Northern Argentina last year, and we would gladly glamp like that.

Later in the month we’ll ask the question, “is superachieverdom” overrated, which, by the way, is not a screed against success (which we quite enjoy), but rather a call to examine the drivers of success and which ones lead not only to success, but to fulfillment in the end. We’ve got other treats in store, from sharing some of our favorite, less well-known designers, to musing on some of the simple pleasures of life.

And then there’s Halloween, which may have been based on the Celtic festival of Samhain, which was a time for taking stock, and preparing for the cold months ahead. In true Halloween spirit, it was also the day of the year when the world of the living and of the world of the dead were felt to be especially close. It was a time when magical things could occur, and not always for the good. Halloween may also have some roots in All Saint’s Day (also known as All Hallows) and All Soul’s Day, Christian holy days that honored the saints and the departed. According to Christian folklore, the dead wandered the earth until All Saint’s Day, and All Hallows’ Eve (the counterpart to our modern Halloween) was their last chance to take vengeance on their enemies before they departed the earth. Believers donned masks and costumes of disguise in order to evade recognition by these almost departed souls.

Whatever the origins of Halloween, I am struck by the etymology of the thing:

hal·low [hal-ohd],to make holy; sanctify; consecrate (as in “hallowed ground”) — suggesting that all the spooky things, the nefarious magic of Samhain, the vengeance of the dead of All Hallows’ Eve, have a flip side, one that our children instinctively understand as they run laughing and shrieking through the night on Halloween.

PHOTOGRAPHY BY UNKNOWN via Tumblr