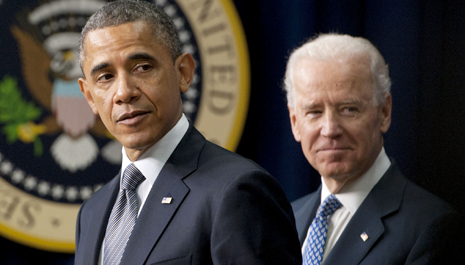 Hendrik Hertzberg published a piece in The New Yorker called “Calmly, Obama Fights” in which he quoted these words from President Obama’s gun violence announcement of Wednesday, in which he referenced The Constitution and the Declaration of Independence, about the rights Americans have other than the right to bear arms:

“The right to worship freely and safely: that right was denied to Sikhs in Oak Creek, Wisconsin. The right to assemble peaceably: that right was denied shoppers in Clackamas, Oregon, and moviegoers in Aurora, Colorado. That most fundamental set of rights: to life and liberty and the pursuit of happiness—fundamental rights that were denied to college students at Virginia Tech and high school students at Columbine and elementary school students in Newtown, and kids on street corners in Chicago on too frequent a basis to tolerate, and all the families who’d never imagined that they’d lose a loved one to a bullet—those rights are at stake.”

They’re the words of an intellectual and of the kind of leader we most need now: a leader who redefine the terms of the discourse rather than arguing on the other guy’s terms.