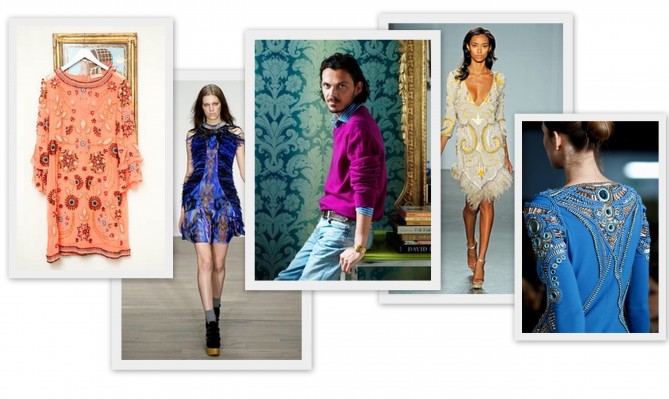 British fashion designer Matthew Williamson is the king of color, and sultan of an exuberant, bohemian-inflected glamour of his own invention, that is now such an essential part of the modern style lexicon that we imagine it was always thus.

I’ve long been a fan of Williamson’s designs and enamored of his Indian swami looks — which must have rubbed off whilst the Englishman was traveling through. They suit him in every way for the magic kaleidoscope life he leads. It is a singular life, and a Technicolor example of what it looks like when all the pieces of you line up.

Williamson, who once said, “My design philosophy is to make women feel like peacocks,” found his visual native tongue in his travels to India and Bali. Those influences are still evident in his work, which drips with vibrant color, pattern and embellishment. Williamson knows how to work a frock. Slip one on and you are transported, back to the dress-up box, and the fairytale magic that found you there.

As a boy living in dreary Manchester, Williamson picked up a sewing machine — a gift from his parents when he was 14 — and gave his full attention to what was, even then, the great passion of his life. By the age of 17, he was enrolled at the prestigious Central St. Martins, where he stood apart, eschewing the trend in architectural or narratively-driven designs in favor of making simple, beautiful designs. From the start, he seemed to understand that he didn’t have to impose a narrative onto his designs. He could trust what was within him and let the narrative emerge.

Early on, Williamson spotted a picture of Jade Jagger on the cover of a magazine, he dialed her up. They bonded over a shared love of travel and India and Jagger was soon encouraging him to launch his own line. In 1997, when he showed Electric Angels, his debut collection, Jagger and pals Kate Moss and Helena Christensen walked the show, helping to put Williamson on the map. Williamson’s family also played a key role. His partner Joseph Velosa (whom he met and fell in love with on a trip home to Manchester in the mid-90’s) became his business partner. Though their romance has since ended, Velosa remains CEO of the brand he helped found. Williamson’s retired, working class parents also played a key role, selling their Manchestor home so they could invest in Williamson’s brand, and moving to London where they worked for seven years to help get the brand off the ground.

Williamson’s success is the result of his keen sense of self-awareness and his willingness to follow his inclinations and instincts time and time again. There’s story, apocryphal perhaps, of a young Williamson, 10 years of age, drawing a picture of a shop that featured a fuschia sign outside. It was the pre-curser, perhaps, to the fuschia logo that he would later create for his brand — without reference to or memory of the first.

I love this story of the fuschia sign for what it says about ease. It’s a reminder that we don’t have to impose a narrative on our lives. The narrative is already there, waiting for us to let it be lived through us. There’s a similar ease and confidence to Williamson’s clothes, a suggestion that you can be comfy, while looking obscenely great.

The Matthew Williamson girl is independent. She’s self-posessed. She’s an original. She takes risks. She isn’t a lady, she’s a dame. And she’s at home, in her own kaleidoscope world. 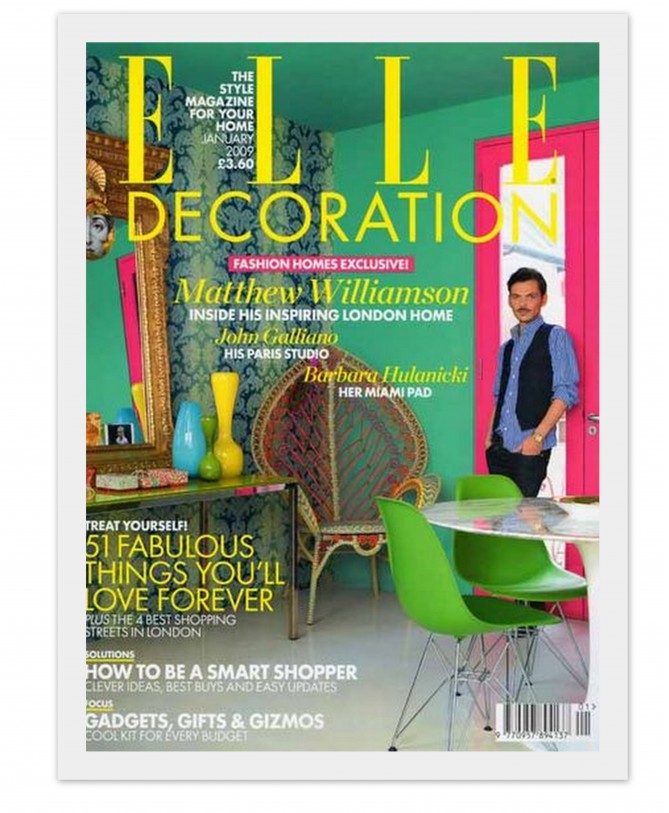