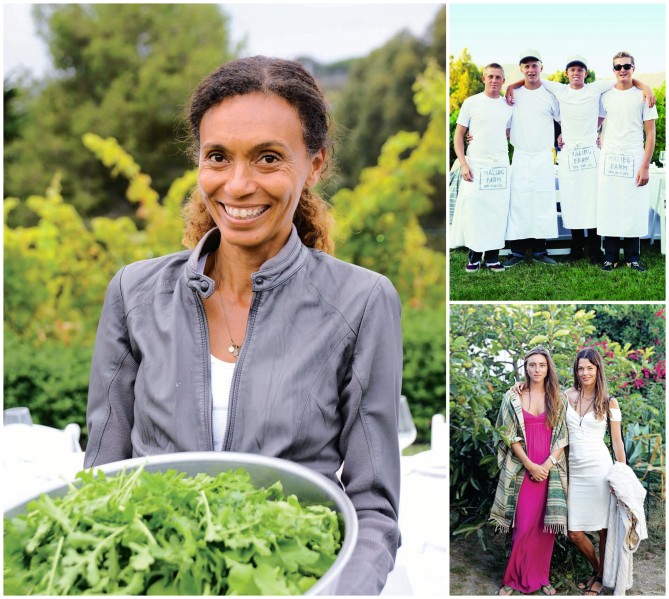 I have been a fan of Malibu Farm ever since I read a description of it in C Magazine, that evoked such a magical sense of place, I knew that a dinner there — and a chance, one should hope, to meet its sublimely visionary creatrix Helene Henderson — lay in my future. Alison Clare Steingold, writing for C Magazine, described it thus:

What more do you need to know?

There is, of course, the view to take in, and the simple, elegant, “why didn’t I think of that” lifestyle concept to contemplate, but the only real information you need is of the “how the heck can I eat there” kind. With last week’s opening of the Malibu Farm Pop-Up at Malibu Pier, there are now two options:

The original Malibu Farm experience is a catch-as-catch-can affair. You can find out about upcoming dinners at the event page of the Malibu Farm website, where you can find out about upcoming farm dinners and kids events, and presumably send them a message through their contact link inquiring as to whether there’s room at the proverbial inn. The website currently boasts two fall farm dinners and one kids event, scheduled for the months of October and November.

Opening Labor Day weekend, the Malibu Farm Cafe at Malibu Pier is located in the old Ruby’s location on the pier. They’ll serve breakfast only on this Friday, August 30th, from 9am til 12 noon, and will serve breakfast and a limited lunch from Saturday, August 31st through Labor Day Monday, from 9am til 3pm. They will serve a full breakfast, lunch and snack menu beginning Friday, September 6th and thereafter commence their regular hours of 9am til 5pm, Wednesdays through Sundays. They expect to have a full liquor license by Mid-October at which point they will be open for dinner as well. Alhough originally envisioned as a pop-up, Malibu Farm Cafe seems headed for permanent status on the pier, a possibility Henderson has entertained and will no doubt follow-through on if it suits her and all signs are go. 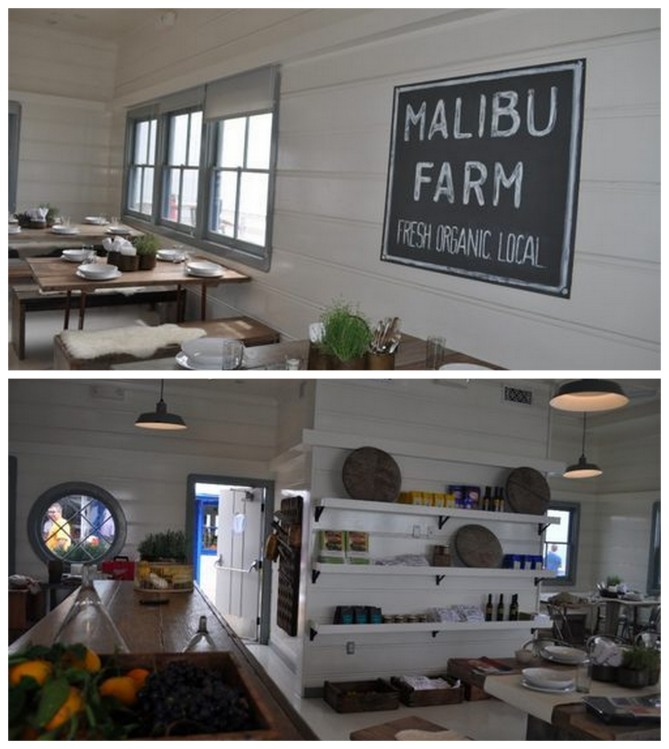 Henderson grew up in the far north of Sweden and authored a cookbook, The Swedish Table, and happened into Malibu Farms, the original, quite by accident, when a cooking class for friends led to a blog posting of her recipes,  followed by a dinner party for class participants that led to press mentions. And Voila! A business dare I say empire was born.

I’m enamored of Henderson. Having wandered around Earth a bit by now, I can say with some confidence that the very best things happen in just this way, with one part planning and ten parts mystery — or what the Sufi mystic poet Rumi called “the secret way.” Wisdom lies in letting life have her way with you — something few of us do. Henderson, who’s married to the actor/director John Stockwell, seems to be the master of it. She came to the United States right after highschool and, when she, who as she told the Just A Little Joy blogger Tessa, loves “land…more than sand”, and Stockwell, who’s mad about surfing and surf, found an affordable plot in Malibu, just one block from the beach, they jumped at it. They got goats to clear the 1.5 acres of weeds (though the goats just lazed about). Then they got chickens, and the kids wanted a pig, and the whole thing morphed into Malibu Farm, the homestead and the dining experience. It’s as perfect a career re-invention as I can imagine, and the perfect way to marry career and family life — a topic that’s been much on the collective mind these past couple of weeks following the publication of Judith Warner’s insightful piece in The New York Times Magazine, “The Opt Out Generation Wants Back In”. Of course, if you’ve lived a more peripatetic life, as I have, or if you stayed on your career track only to find yourself unhappy twenty years on, you’ve long known that building the life you really want takes vision, creativity, courage and, yes, a little good fortune thrown in the mix. You may not have Helene Henderson’s particular version of good fortune, but if you think creatively, if you go with the flow and if you build things, sometimes, just for the joy of it, and not for the long-term profit margin, you may find it leads you to your own version of the idyllic life. Until then, take a little inspiration from Helene — and get thee to Malibu Farm, post haste, for one heck of a good and fresh, organic, locally grown meal.