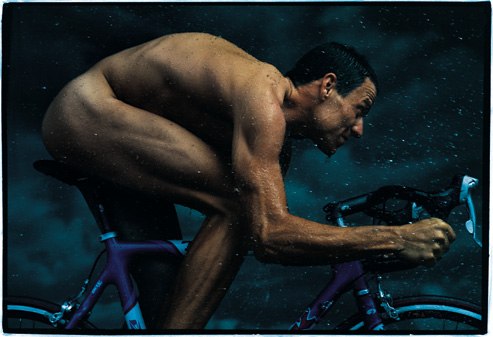 Yesterday, one week after the U.S. Anti-Doping Association (USADA) issued its damning Lance Armstrong doping report, Nike severed its ties with Armstrong, as did several other companies with whom Armstrong had ties. On yesterday Armstrong also stepped down as chairman of Livestrong, the foundation he founded in 1997 to help others who are battling Cancer. He will remain on the charity’s board.

The report was stunning in the scope and scale of what it revealed. When Armstrong asked to see the names of his accusers, the USADA gave him 26, including 11 former teammates. When he asked for hard evidence that he’d engaged in doping, they gave him approximately 200 pages filled with vivid details that constitute, in the words of the report, “as strong or stronger than any case brought in USADA’s 12 years of existence.” The USADA has banned Armstrong for life and called for him to be stripped of his 7 Tour de France titles for his leadership and participation in “the most sophisticated, professionalized and successful doping program that sport has ever seen.” The International Cycling Union (UCI) is expected to make a determination about Armstrong’s titles by the end of the month.

In a poignant piece in The New Yorker last week, Michael Specter wrote about the emotional impact of the Armstrong doping revelations. His piece is all the more powerful because Specter was a true believer who looked up to the man he thought that Armstrong was. He held him up as a shining example to his daughter of what it looks like to sacrifice and work for what you believe in. Specter was not alone. Many of us admired Armstrong for what he achieved on the bike and overcame in his life. What does Armstrong, and his fall from grace, reveal about us?

Armstrong created a powerful mythology. Having battled cancer and won, it wasn’t too big of a leap to imagine that he might have also pulled off seven consecutive Tour de France wins. We wanted to believe in the super-human possibilities his narrative suggested.

There is a dark side to hero worship. Our heroes rarely live up to our expectations. John Kennedy and Martin Luther King, Jr. and Bill Clinton are revealed to have womanized. The wealthy wall street titans we mythologized turned out to have been crooks. The parents we idolized when we were small turned out be ordinary human beings, with ordinary human failings. When our heroes fall, we have choices. We can pile on to their misery, fixating on how they disappointed and deceived us, but we can also choose to look into the heart of our own disappointment and see what we find there.

Armstrong’s triumph over Cancer was real. The foundation he built was real. As morally complicated as this is, Armstrong’s Livestrong foundation would not have raised nearly as much money or done nearly as much good had it not been built upon the lie that lies at the heart of the Armstrong brand: that he had super-human abilities on the bike. How shall we come to terms with this moral complexity. I might suggest that we come to terms with it by coming to terms with our own. I don’t know Lance Armstrong, but I imagine he’s a regular guy who had big ambitions that he wanted to realize so badly that he was willing to do whatever it takes. And once he’d won that first or second or fifth Tour de France, winning had become an addiction he could not kick. Like so many of us, he wanted to keep the good times going for as long as possible. He didn’t want to fail, or accept the inevitability of his own decline. Sound familiar? It does to me.

The upside of hero worship is that it gives us an opportunity to see ourselves writ large — and to learn from what we see. When a hero falls, he becomes a scapegoat who carries not only his own sins, but the sins of the group as well. In other words, the hero is us, both in his glory and in his demise.

What can learn from the exalted Armstrong, the Armstrong who beat Cancer and rode up the mountains on a bike (and doping aside, he did make the ride)? That we can beat the odds — and that there’ triumph just in making the ride.

What can we learn from the Armstrong of after the fall? That there is a price to be paid for flying too close to the sun on wings made of feathers and wax.