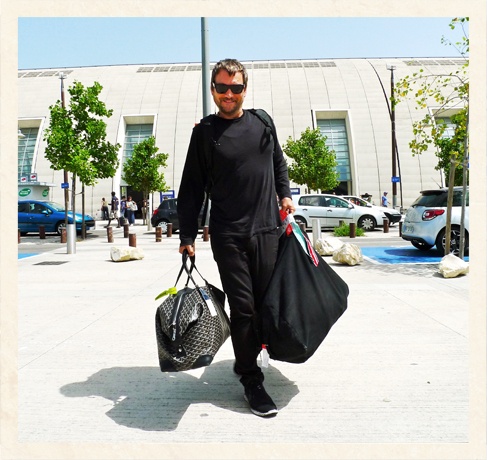 Libertine inventor Johnson Hartig (for inventor’s the only true word to describe him) has created a world of his own, a mythical, magical world where Lord Byron references live side by side with pirate hats and Uncle Sam stovepipes. The California-based designer of menswear and womenswear — itself a distinguished feat — has been around the fashion block a time or two, having launched his eponymous line in 2000 and Libertine in 2010, but he’s marched around that block to the beat of a drummer that he alone can hear. He’s like some mad pied piper, except his emperor is most definitely wearing clothes. Wild, madcap clothes pulled from the Wonderland dress-up box, or so it seems at first glance, but if you look past Hartig’s inventive styling, you’ll find wearable statement pieces that, when mixed with your more subdued clothes, will mark you as a forward thinker who’s ready and angling to take over the world. And any world being taken over by the dames and lads who don Hartig’s clothes and the Hartigean spirit is a world I’m ready to live in. 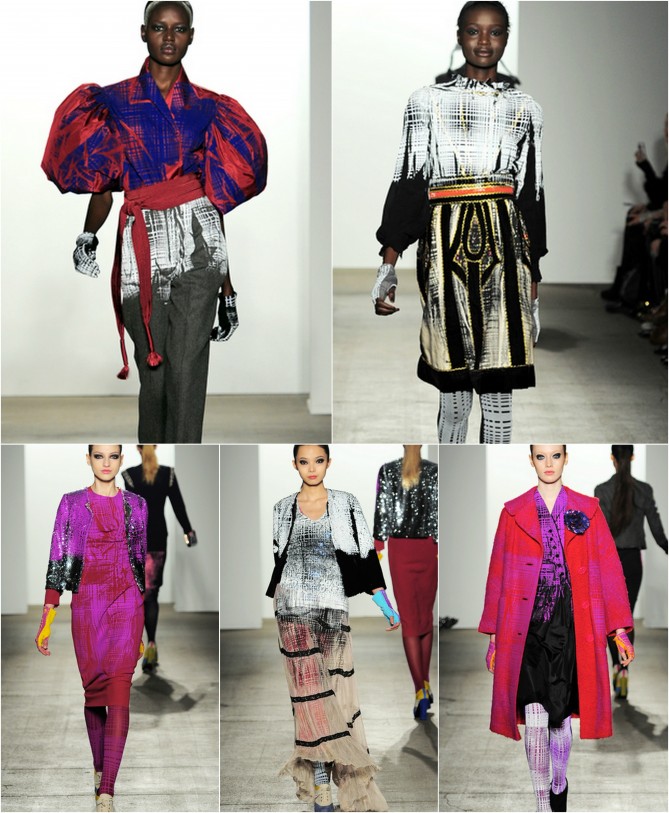 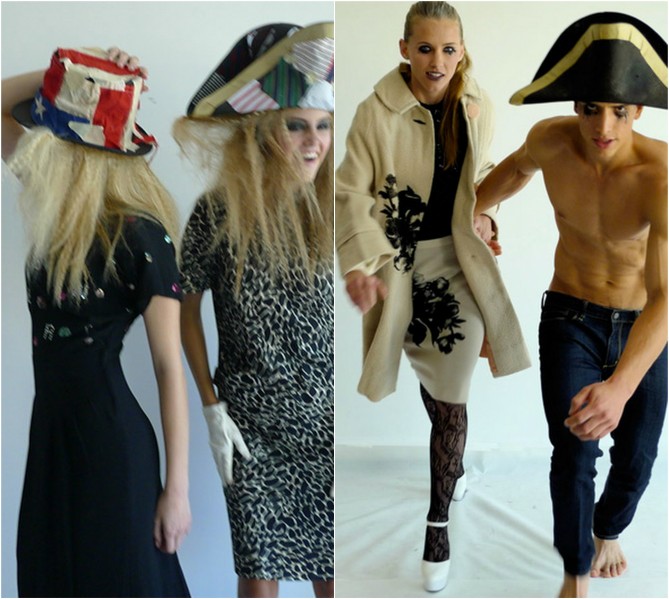 1. One who acts without moral restraint. A dissolute person.
2. One who defies established religious precepts; a freethinker.

I’m fully behind the moral aesthetic Hartig brings to his life and work. I like that there’s something disreputable about it, something that challenges the status quo. It’s there in the name Libertine. With it Hartig announces that he lives outside the bounds, that he thinks for himself, that he rejects the confining, outworn ethos of eras gone by and is forging ahead instead toward some higher, purer, outre ground.

I fancy myself a member of Hartig’s dissolute tribe. I mean, of course, to steal that term back, to re-appropriate the language itself and claim for the whole freethinking bunch some higher moral ground. I believe, after all, in change most of all. Status quo has never been my thing. Though I come from status quo places, and dance at the edges of status quo things, I’ve always felt myself an outsider who didn’t quite belong. It’s only recently that I’m able to see and embrace the upside of the thing. Everyone who’s ever been at the forefront of any thing was an outsider in spirit if not in mien. Hartig is a fine, fine example of this.

Having spent his formative years traveling several continents — picking up influences along the way — Hartig may have been bred to mash things up. He deconstructs the classics, brings an unruly hand to the use of prints, and recycling old clothing right into what he’s doing now. The result is his own twisted brand of ecologically friendly high fashion.

Hartig’s labors have not gone unnoticed. Early champions of his vision include Anna Wintour, Editor In Chief of American Vogue, and the designers Karl Lagerfeld and John Galliano. Hartig has drawn collaborations that include the art world luminary Damien Hirst and the storied French luggage maker Goyard. He’s also influenced the popular discussion through his collaboration with mass-market retailer Target, and was lauded for his ecological approach to fashion as a winner of the Council of Fashion Designers of America (CFDA)/Lexus Eco-Fashion Challenge in 2012.

Hartig lives in Los Angeles, and travels regularly throughout the world, “fueling his creative growth and further expressions”as he puts it, and just generally “causing grief” — to which we can only say, “Carry on!”

PHOTOGRAPHY (top) via Vogue and (middle and bottom) via Libertine