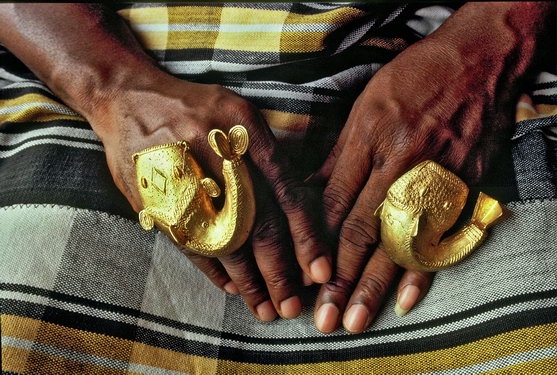 We are at an interesting crossroads, having made the long march up from the scarcity of our hunter-gatherer days, up through the genius of agriculture and animal husbandry (and the miracle of settled human society they made possible; up through the game-changing Industrial Revolution which birthed to the middle class and brought a tenfold increase in wealth to the capitalist countries — though often at the expense of people and the planet. Now we’re in the grips of another great transformative moment in human history, which I call The Interconnectedness Revolution. It’s marked by our growing awareness of the interconnectedness of all life, and our growing recognition that every man is our brother and this planet is our home. It’s the culmination of man’s 11,000 year journey from scarcity to abundance, and a high-water mark in the evolution of the human race.

The Zen Master Bernie Glassman spoke poignantly about this idea of interconnectedness in a recent interview on Charlie Rose, where he appeared with the actor Jeff Bridges to promote their new book, The Dude and The Zen Master. There, he asked that we imagine that our left hand, right hand and right leg are part of the same body but do not know it. He then asks us to imagine that this right leg is injured and that, instead of helping, the left hand and right hand say, “I’m not gonna help, it’s not my problem,” and, in the end, no one helps, and finally the body dies. For most of human history, we have been like the left hand and right hand that don’t know they belong to the same body as the leg. Now, we are waking up to the idea that everyone, and everything, on this planet is part of the same body, and that we’ll perish or continue as one.

If I had to identify one moment when the Interconnectedness Revolution began, I would pick the hippie, commune, antiwar, civil rights, women’s rights, Eastern spirituality, ecological moment of the late 1960s. In the intervening decades, the ideals of what was then just a fringe movement — with all the visionary passion and practical limitations that generally entails — have infused the popular consciousness. They’re there in the locally grown, organic, slow food, non-GMO, cruelty-free strains of our modern food conversation. They’re in the conversations we’re having about sustainable energy,  sustainable fashion and sustainable agriculture. They’re in the choices we make to recycle or grow our own vegetables, and in our growing commitment to new capitalist businesses that are measuring success not only in profits, but in their ability to have a positive impact on the world’s problems. They’re there in our decision to re-elect a President who’s committed to equality and economic opportunity for all.

To appreciate how far we’ve come, one need only consider David Brook’s recent review in the New York Times Book Review of Jared Diamond’s, The World Until Yesterday. In it, Diamond, a geologist and best selling author of Guns, Germs & Steel and Collapse, tells the stories of time spent by Westerners within modern, pre-state societies, like the story of the linguist Steve Sheldon, who spent time with the Pirahã Indians of Brazil, whose custom is for women to give birth alone. Sheldon once saw, as David Brooks recounts in his review, “a Pirahã woman giving birth on a beach, while members of her tribe waited nearby. It was a breech birth, however, and the woman started crying in agony. “Help me, please! The baby will not come.” Sheldon went to help her, but the other Pirahã stopped him, saying that she didn’t want his help. The woman kept up her screams. The next morning both mother and baby were found dead… The Pirahã believe that people have to endure hardships on their own.”

Even more revealing is the story of the anthropologist Allan Holmberg, who was once with a group of Siriono Indians in Bolivia “when a middle-aged woman grew gravely ill. She lay in her hammock, too unwell to walk or speak. Her husband told Holmberg that the tribe had to move on and would leave her there to die. They left her a fire and some water and walked away without saying goodbye. Even her husband had no parting words for her. Holmberg was also sick and went away to get treatment. When he returned three weeks later, he saw no trace of the woman. At the next camp, he found her remains picked clean by scavenging animals. ‘She had tried her utmost to follow the fortunes of the band,’ Holmberg wrote, ‘but had failed and had experienced the same fate that is accorded all Siriono whose days of utility are over.’ Tribes at this subsistence level just don’t have the resources to care for people who can’t keep up.”

Stories like Holmberg’s affirm my long-standing belief that scarcity (and it’s corollary, fear) are at the heart of man’s great crimes against his fellow man. The habits of scarcity are still with us, even though we now live in a world where we don’t have to leave anyone behind.

Our brains developed in an environment of scarcity. The primitive part of our brain still believes we live in a scarce universe. And yet, there are other parts of our brain that are able to take full account of our circumstances and act accordingly.  Throughout human history, humankind was spurred onward to the great heights of human and technological achievement by the fact or perception of scarcity. Today, we are being spurred on, increasingly, by the vision we hold for our future and for the future of the planet.

Having arrived at new levels of technological advancement and human consciousness, we are now writing a new human story. With the wisdom of one who has lived many millennia — as humanity has now collectively done — we are taking stock of what we learned during our long slog up from scarcity to abundance.

From agriculture, animal husbandry and settled human society we learned that the earth will take care of us, and that, living in such close quarters as we were, we needed to find a way to get along. From the rise of the nation state, and particularly the rise of the democratic ideal, most clearly exemplified in the Declaration of Independence of the United States of America, we learned that we could organize our societies around the higher principles of equality and human dignity. From the Industrial Revolution, both its fruits, and its progress at any cost ethos, we learned to create abundance, and we learned what an unconsidered abundance could cost. From the hippy-ecological-spiritual awakening-kumbaya 60’s, we learned to open our hearts and expand our minds. And now, in the technological age we’re living through, we are learning to use our powers for good.

There is a term used in entrepreneurial circles to describe that passionate group of first customers who will get on board even when your product is in its early, flawed, buggy stage. These are the people you build your first product for with the sure knowledge that they will help you make it better (they’re passionate interest in what you’re doing and how it solves their problem assures this), and that they will lead the way for the larger audience you eventually want to reach. The early adopters of the Interconnectedness idea are the people who already understand, intellectually, viscerally, emotionally, spiritually, that we can and must, as environmental and political realities make abundantly clear, make a world that is sustainable for people and the planet, that’s sustainable for us all. Among the early adopters are business leaders like Umair Haque, Richard Branson, Bill Gates, and Twitter co-founder Biz Stone, social entrepreneurs like Blake Mycoskie of TOMS, Lauren Bush Lauren and Ellen Gustafson’s of FEED Projects, Leah Kibede of LemLem and the four gentlemen behind eyewear company Warby Parker, ecologically-conscious fashion brand like Stella McCartney, SUNO and Edun, environmentally conscious brands like Method, the many major corporations that are retooling themselves for our socially conscious times, and people like you who are living more consciously in your daily lives by buying organic, carrying a reusable shopping tote, recycling, gardening, composting, supporting businesses and charities that are making a difference in our world, and finding other ways to ensure that the world will be better because we walked this way.