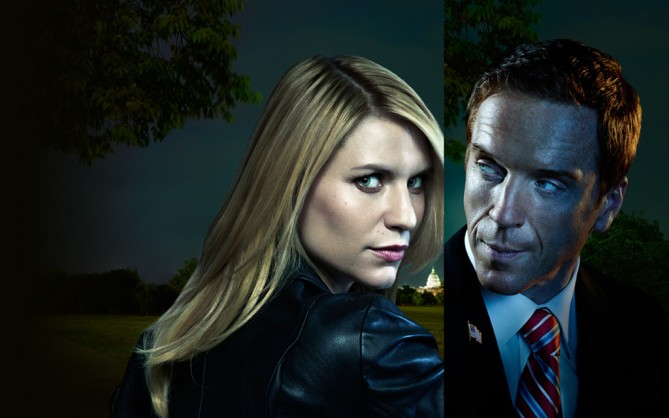 Last night, Showtime’s remarkable series Homeland returned for its second season. If you haven’t seen the Season 2 premiere, you may want to wait to read this post until you have.

The great narratives are narratives of character most of all. This is as true of action-packed genre stories as it is of the quieter, character-driven ones. As transmedia psychology expert Lara Hoefs explains, this is a feature of the way that people relate to story in these changing times. Hoefs, who sits on the Revel In It Advisory Board, played a key role in the game-changing campaign for the Twilight movie franchise. In fact, she’s working on the campaign for the latest Twilight movie now. A fundamental reason for The Twilight series’ success is the fact that the story — and the story around the story — galvanized a community of people that formed a personal relationship with the Twilight characters and the journey they were. Narrative is all about relationship, after all, the relationship between characters within the narrative, and between those characters and the real people for whom that narrative means something. It has always been thus. Since time immemorial, story has been the fundamental way that we understand ourselves, and orient in an oft mysterious world, from the stories writ on cave walls, to the ancient spiritual texts of the world’s great religions, to the movies and books and TV shows and social media that we consume today.

Homeland’s creators and writing staff understand the central role of character — and they have given it its due. The most striking feature of the season 2 opener is not its plot (though it does a deft job of setting-up the season ahead), but the juxtaposition of its two central characters: Claire Dane’s former-CIA operative Carrie Mathison, and Damian Lewis’ Sergeant Nicholas Brody, who, as season 2 opens, is neatly ensconced in his new position as a U.S. Congressman. His new job has placed him and his family in the center of Washington’s power circles — his daughter is at a new school that, from the looks of it, is modeled on the Quaker School, Sidwell Friends, where Chelsea Clinton was educated, and where President and Mrs. Obama’s daughters attend — and this presents a whole range of plot possibilities as the season unfolds.

And yet, it’s character that fundamentally turns this plot. Carrie and Brody are both struggling with mental illness — bipolar disorder in Carrie’s case, and post traumatic stress disorder (PTSD) (according to my armchair psychiatrist eyes) in Congressman Brody’s. It makes for a striking showdown in the making, one that will no doubt play out in fascinating ways.

When last we saw Carrie, she was voluntarily submitting to electroshock, and as the season opens, she seems calm and peaceful, cutting vegetables in the garden from the center of a lithium haze, if her father — a bipolar sufferer who knows from whence he speaks — is to be believed. She’s trying her mighty best to leave that old life behind, and embrace a new life of baking lasagna, and teaching English as a second language. But we am what we am, and Carrie is Touched With Fire, to coin a phrase from famed psychiatrist, author and bipolar sufferer Kay Redfield Jamison coined for the correlation she found between bipolar disorder, and the creative temperament as expressed in the arts, science and politics throughout human history.

In a somewhat leaden plot twist involving an asset who will only speak with her, Carrie is pulled back into the Intelligence community she was booted from where she must confront both her desire to return to a career that may not want her back, and her own suspicions that she isn’t up to snuff. Meanwhile, Congressman Brody is battling demons of his own. He’s a closeted Muslim convert who’s more psychologically bonded to his religion than he is to his own wife. That his faith is inextricably linked to his relationship with his captor, the terror mastermind Abu Nazir, who showed him compassion and introduced him to Islam, deepens his conflict, and thickens the plot. Whether he will do Abu Nazir’s bidding from the bosom of U.S. power is one of the central questions of season 2. The other is how this question will be informed by the dance between Brody and Carrie as the season unfolds. Last season their ill-advised affair goosed the plot in elegant ways. This season’s dance is destined to do the same.