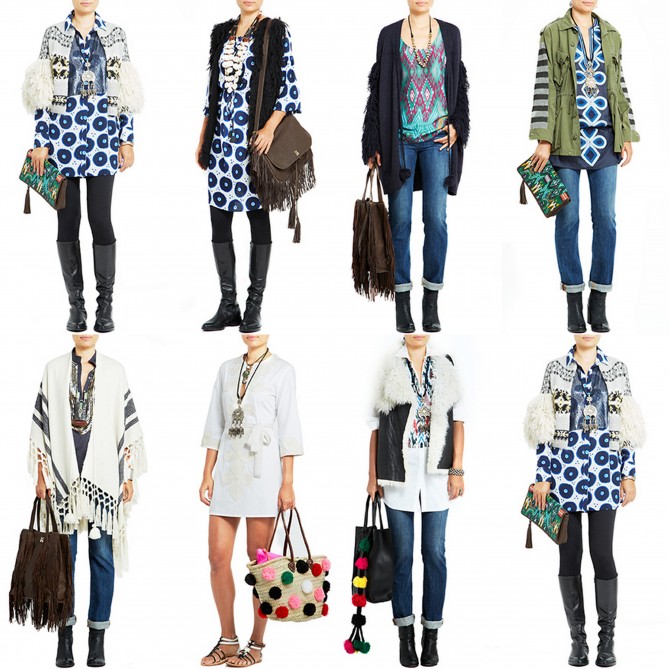 There is a throughline that keeps popping up in the story of my life. It’s hidden there, in the seams of the things that I’m drawn, and the experiences I hold most dear. That througline has to do with a certain kind of wanderer’s spirt. It’s as if, for all of my life, I’ve been walking the wayfarer’s way, in perpetual search of home — and as if I keep finding it in the glorious creations of the global nomad tribe.

Membership in the tribe is open to anyone who has hodge-podged their life together out of disparate influences. As often as not, they are of mixed cultural or national heritage, and they quite frequently borrow references from all the worlds they’ve visited in their lifetime and in their minds. One of my latest global nomad discoveries is Stephanie Von Watzdorf, the creator of Figue, a clothing line “for women who travel or dream of traveling to exotic destinations and…enjoy a lifestyle…as luxurious as it is bohemian.”

Figue feels quintessentially Californian to me, but Von Watzdorf is a New Yorker. Born in Neuilly-sur-Seine to a German/French father and a Russian mother, she moved to New York when she was six, but continued traveling from Europe to New York and back. After graduating from Parsons School of Design, Von Watzdorf interned at Yves Saint Laurent in Paris and, over the next 20 years, worked for fashion brands including Giorgio Armani, Ann Taylor, Ralph Lauren and Tory Burch, where she landed in 2004. She would guide design development and ready-to-wear accessories there for more than seven years before leaving to launch her own brand.