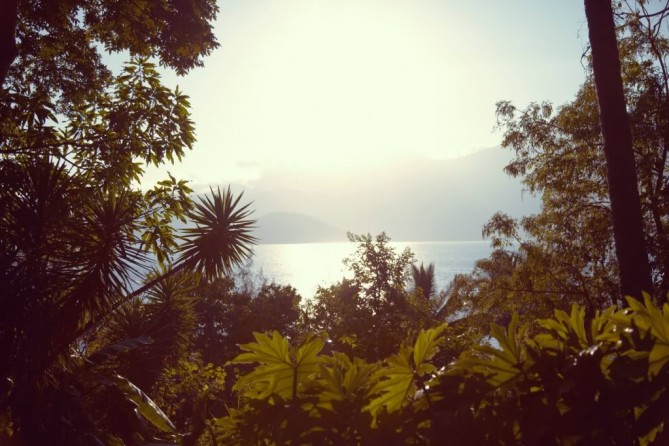 What are the habits of mind that allow us to experience paradise, and give it to others? I don’t profess to have all the answers, but here are a few of my unsifted thoughts:

The habits of mind that contribute to an inner state of paradise include (but are not limited to):

The habit of self-awareness. Only when we live from a place of self-awareness does paradise become attainable. Paradise consists, in part, in knowing who you are and living accordingly. A self-aware person is introspective and able to make use of the insights he gains from turning his awareness on himself. Merriem-Webster defines self-awareness as “an awareness of one’s own personality or individuality.” It’s a definition I like, reminding us as it does to ask ourselves “who am I” and to make choices that reflect our essential I-ness.

The habit of self-direction. Self-direction simply means that you are guided or directed by yourself. As young children, we are motivated by a desire to please our parents, but as we mature, assuming all goes well, we gradually develop our own internal locus of control. We cannot know paradise until we are able to direct the course of our own lives, and feel a sense of efficacy in doing so.

The habit of fearlessness. Paradise is freedom from the paralyzing constraints of fear. There is a line in the trailer for the upcoming Will Smith starer After Earth in which Smith’s character tells his young acolyte, played by Smith’s son Jaden, that the thing he has to understand to survive is that “fear is not real.” Danger is real, he continues, but fear is not.

The habit of risk-taking. One of the primary ways we evidence our freedom from fear is by taking necessary risks, in the service of our ambitions and ideals. A risk is something that might end in failure. Applying to Harvard and also applying to a back-up college is not taking a risk (though you should apply to that back-up, given the number of uber-qualified people turned away from the Harvards of the world each year). Moving to New York to become an actor is a risk. Leaving your high-powered job to start a business is a risk. Telling a friend that you’re in love with him is a risk. Paradise consists in taking a few risks. Playing it safe may keep you comfy, but it won’t get you to paradise. I’m not saying, of course, that you have to take big R risks, but try doing something that matters to you even though you might fail. If you wanted to become a writer but you became a lawyer instead, then maybe taking a risk looks like starting a blog or writing a novel in your spare time, even though no one may read your blog, and your book may never see the light of day. Do it anyway, because sometimes paradise is in the doing. Not to mention the fact that, once you take the first risk, you may be emboldened to take more.

The habit of accountability. There can be no paradise without accountability. When we are accountable for our actions and for our mistakes, we become empowered to grow and develop in ways that lead to a more realized life. Being accountable will sometimes be painful. We may discover things about ourselves that we don’t want to see. Maybe we’re disorganized or lazy or prone to poor judgment and weak analysis. If we look it in the eye, we can change it. If not, we’re doomed to repeat the mistakes of the past, and that sounds like paradise lost.

The habit of freedom. I define freedom as being unfettered — by traumas, by external expectations that are misaligned with who we are, by anything and everything that weighs us down. Freedom is another name for paradise.

The habit of taking action. To know paradise, at least while you’re here on earth, you actually have to do something. Little children know this instinctively. It’s why toddlers go through a “I do it myself” phase. They know that where lies mastery and self-eficacy, so too lies a measure of paradise.

The habit of stillness. Be still in any moment, truly still, and you will have an experience of paradise. I find this kind of stillness in meditation, yoga, prayer and, counter-intuitively, on the spin bike, which for me is a moving meditation. Stillness is that state in which the chatter of the mind falls away and we experience the true essence of who we are. We are not these bodies. We are in these bodies, and the we that’s in these bodies already knows what paradise is. Our task is to bring our awareness of paradise in through our bodies, and out into the world.

PHOTOGRAPHY via This Is Not New