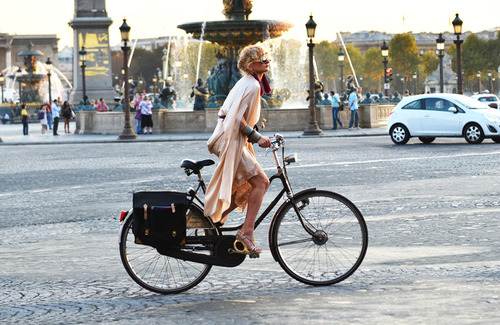 TFRL is an ongoing series about the journey to The Fully Realized Life, and The Doing Phase, the first in a three-part conversation about the role of Visioning, Planning and Doing in creating our fully realized lives.

How’s your post-holiday re-entry going? Still on vacay? Already back at work? I’m back at work and my re-entry’s going well. Usually after a few days off — for example, after any given weekend — I have to work to ramp back up, but this time, after a few days off, I was chomping at the bit to get back to it. I’ve got so many dreams for 2013, and there’s no better way to set about reaching them than to dive right in. Which is what I’ve done. I’ve got a busy year ahead and the thought of all the hard work and possibilities is exhilarating.

What are you planning for 2013? How are you diving in?

For me, 2013 is all about bringing things to fruition. After months of planning and visioning, I am now entering a heavy doing phase.

Doing is how we make our dreams come true. If we want to create something new in our lives (if we want to new begin as I called it a few days ago), we have to work for it. It helps to start within, and to get what my dear friend Chelese calls the supernatural involved (whatever that means to you and however you get there) but then it comes down to something my father (and his mother before him used to say: “believe in God and work like hell.” In other words, you gotta do the work. And yes, maybe supernatural things will come your way. In my experience they usually do — in the form of an opportunity, a connection, a success that paves the way for other successes — but that usually happens while you’re doing something. It’s like the Canadian clergyman-turned-writer Basil King one said: “Be bold and mighty forces will come to your aid,” with the emphasize on the be bold part of the equation, which implies doing something, since it’s hard to be bold while in repose.

It’s Basil King’s words, and my father’s words, that return to me as I enter this next active doing phase of my life, my father’s words most of all because he was and remains so dear to me, and because I am so much like  him. My father had a rich inner life, and a spiritual life so like my own despite our having been forcibly separated for crucial years during my childhood. Like me, he saw meaning and metaphor in spiritual texts rather than the literal truth, and consequently, the texts he turned to taught him a great deal about life, as it’s lived right here and now. He believed in attending to the things of the invisible world (like me, he believed there was one; he called it mother-father God), but he didn’t believe in magic. He believed in work. I believe in the same. Putting aside the issue of karma  (an idea that, anyways, I think is misunderstood), the fact is, we do not choose our circumstances but we do choose what we do with them through the work we actually do to shape and reshape our lives. I’ve seen the other approach (and to some degree lived it), the one where you wait on the universe to tell you what to do, or where no matter what disastrous thing has happened — or how much your own actions or inactions have helped to bring it about — you tell yourself it was meant to be, that it was in your chart, that the universe gave you this experience in order that you might grow. I’ve lived like this a bit myself, even though I’ve always worked hard to achieve my goals. I worked hard, yes, but I didn’t always work smart. I was too focused on the inner terrain, and the healing I needed to do there in order to get to my best life, to master the things of this world. I wish this hadn’t been so, that I could have tended to inner things and also conquered the world, but I fall back here on the metaphor I learned from the spiritual text of my forefathers: “Seek you first the kingdom of heaven and all else will be added unto you.”

The world has came back into sharp relief for me. I live now in the material world. I’m fully here. I’m in my body, in the world, where I’m supposed to be.

I don’t believe that we’re meant to shun the things of this world. I don’t think it makes us more enlightened, or more spiritual. I think some people are here primarily for that, to infuse the world with a spiritual dimension so the rest of us don’t forget what we are part of and what our gifts are for. The Revel In It vision is all about doing, and it’s also about connecting our doing to something bigger than ourselves. I don’t mean that we’re all meant to be altruists. I do mean that we are all meant to use our gifts in the service of others, whether we’re leading them, entertaining them or being of service to them. We are all here to do something, whatever that something may be. And so, I’d like to offer the idea that doing is the culmination of other things. It’s the final step, the act by which we bring invisible things into material reality, where they have their existence, and do their work upon the world.

THE THREE STAGES OF DOING:

Step 1: Visioning, wherein we realize that which we are called to do. This is where we discover what our talents, passions, attributes and life experiences are for.

Step 2: Planning, wherein we decide what we will make from the raw material of our lives. Ideally, what we decide to make will be rooted in what we are called to, however humble or grand.

Step 3: Doing, wherein we actually do the work. We don’t have to do it all ourselves, but we do have to put the train on the tracks and start the locomotive going. If we do, other people will get on board. Mighty forces will come to our aid. But it all begins with us and our willingness and ability to vision, plan and do.

PHOTOGRAPHY via the seemingly now defunct I Wanna Be Gwyneth Tumblr, which was truly a glorious delight.