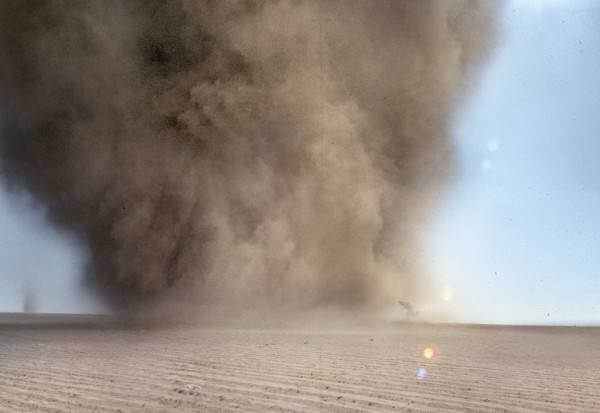 Every now and then, I come across a piece of journalism that makes me pause and fall in love with language all over again. Cathy Horyn’s “Freedom Of Choices,” from last Sunday’s New York Times Style section is such a piece. Horyn, ostensibly a fashion journalist, took it deeper this time (and helped prove a point I’ve made, over and again, that fashion, one of my “shallow” pleasures, has something deeper to say about creativity, about identity, about the footprint we leave on the planet, about the value we place on the handwork of artisans, whether in an Italian workshop or a Kenyan village, about disposability versus living in and with our things, about whether we believe that all people deserve a living wage).

Horyn begins “Freedom Of Choices” with a nod to “Glamour’s latest cover story,” entitled “’500 Was To Just Be Yourself.” A story after my own heart if ever there was one. Then, she slides seamlessly into a lilting mediation on the words of artist Francis Alÿs (who’s new show of paintings and a film he made in Afghanistan opens today at David Zwirner Gallery in New York). Horyn tells us about Alÿs reflections, in another publication (the magazine AnOther) about, in Horyn’s words, “his recent work and the difficulty of saying things that are urgent or relevant.” In that interview, Alÿs said, “I very much like leaving all kinds of possibilities open,” and Horyn sagely notes: “that kind of liberal mindset takes not only courage but also discipline.” She couldn’t be more right. The desire to say something that matters, the willingness to not have fixed and final answers, these are the hallmarks of great and courageous men and women who are willing to stand alone in the midst of the crowd. These are the people who lead us onward. These are the people who show us, with their lives, what the practice of freedom looks like.

Our impulse, as human beings, is to close off the possible as soon as we can so that we can arrive in some sure and, therefore, less frightening place. But being alive is frightening, and being vibrantly alive is worth standing through all our fears so that we can discover, in every moment, what is so.

One of the things I’ve learned — as a creative person and now as a budding entrepreneur — is to make peace with uncertainty and wrap fear in my arms like a baby. Fear and uncertainty are my constant companions, as they are for anyone who embraces the life of freedom and possibility, but when I am most afraid, I remind myself that fear is another name for excitement. It’s a sign that we are engaged in the process of living, that we have not deadened ourselves to keep our fears at bay.

I think about the people who dare to do the thing that their soul calls them to do and I wonder at the magnificence they are. And I pay homage. To each person who dared to walk the path they came here for, I owe a debt. They have shown me that this other way of living, the way of courage and freedom, is possible and, indeed, desirable. They are my spiritual ancestors. I speak their names.

Francis Alÿs’s art is centered around observations of, and engagements with, everyday life. His multifaceted projects include public actions, installations, videos, paintings, and drawings; the artist himself has described his work as “a sort of discursive argument composed of episodes, metaphors, or parables.” Across these different media, Alÿs presents his distinct, poetic and imaginative sensibility towards anthropological and political concerns. His actions have involved traveling the longest possible route between locations in Mexico and the United States to highlight the increasing obstacles imposed along the border; pushing a melting block of ice through city streets; commissioning sign painters to copy his paintings; filming his efforts to enter the center of a tornado; carrying a leaking can of paint along the contested Israel/Palestine border; and equipping hundreds of volunteers to move a colossal sand dune ten centimeters. His work is on display at David Zwirner Gallery from January 10 through February 9, 2013.

PHOTOGRAPHY BY FRANCIS ALYS via DavidZwirner.com