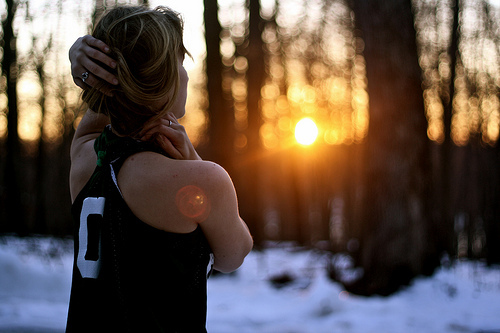 I have a movable feast of a conversation going on these days with a changing cast of characters, friends who, one by one — and completely independent of one another — have floated by me their idea that maybe not everyone has a purpose, or calling, in this life. They’re speaking, of course, of purpose in its grand sense, as something lofty that sets us apart from the world that most of us occupy. They’re speaking of calling in the Einsteinean sense, of course, and if that is all that calling is, they are right. Only some of us are called to live such grand lives.

Few would dispute that Einstein was called, a man so compelled by the dictates of his soul that, despite his, by all accounts, modest abilities in mathematics (by physicist standards that is), he discovered some of the greatest truths of the physical universe. Few would dispute that Martin Luther King, Jr., whose slaying Indira Gandhi called “a setback to mankind’s search for light,” was called. I would even argue that Jennifer Lopez, who one night during her first year of college had a dream that she was meant to be a performer, was called. If you don’t haggle over the relative merits of a life in science versus human rights versus pop-culture, you can see calling in all of these lives. They each did the thing that they were singularly equipped to do by virtue of the unique set of passions, talents and attributes that they alone had. If it’s true that calling only attaches to those meant to live life at center stage, then I would have to concede to my friends and conclude that not everyone, or even most of us, are called. And yet I maintain: All are called.

The grand expressions of calling that catapult people like Einstein and King to the high and lofty places are not the only forms that calling takes. Calling consists in living the life we were born for, however grand or humble that life may seem to the naked eye. Our calling is there, in the unique marriage of passions, talents and attributes that make us who we are, and it’s waiting to be unearthed and given shape by us.

Bringing forth that which is within you — and only you — is the true and highest calling of your life. Do not shy away from that task because it seems that your life is small. In truth, no life is small. Every human being has a place in the grand ecosystem of our collective existence, just as every organism has a unique and important role to play in creating, maintaining and evolving the physical world. All are needed. All are called.

I believe that we are on the cusp of a new era. It’s the New Earth that the Christian texts speak of, the Fifth World Age that the Mayans spoke of, what I call the Interconnectedness Age. We are ushering it in now, and I believe it will come in on the wings of people with the courage, vision and opportunity to live their true lives, and to help make a world where everyone can do the same.

Lately, when I think of calling, I think of a dear friend of mine whom I’ll call Michelle. I’ve known her since we were girls and have always had so much love and respect for her. Michelle began her professional life in corporate America where she rose through the ranks until finally stepping off that path a few years back to devote herself fully to nurturing her family and mothering her kids. In the last year or so, as her kids have gotten near the end of elementary school, she’s found herself in unexpected situations where she’s needed to take on a leadership role in her community, advocating, not only for her own children, but for other children and families who are less equipped than she is to advocate for themselves. It’s work she’s imminently qualified to do; it’s in her sweet spot of parenting (she once described parenting as the only thing she’d ever done that was worth giving her whole self to); and it casts her in a role I’ve always seen her in — that of natural leader. She didn’t go looking for these new responsibilities — her plate is more than full enough — but she was called, just as surely as Einstein and King and Lopez were called.

Some people find their calling early. These are the minority of people who are compelled from an early age to pursue a particular vocation as if their life depended on it. They know as children that they are meant for a certain life — and they never look back. Other people discover their calling in early adulthood, and set off from there on a sure and steady path of education, apprenticeship or other opportunity that ensconces them, from the earliest days of their professional life, in a career and career path that suits them. Still others find their calling, if they find it at all, via a more circuitous path. They piece it together over time out of the raw material of their lives, or they’re thrust into new circumstances that open the door to new possibilities they never dreamed…if they’re lucky.

The truth is, finding your calling can be hard. You have to know what questions to ask…, and how to find the answers…, and how to give the answers you find a specific and tangible form in the world. It’s something we’ll be talking a lot more about in the months and years ahead.

Revelers, tell us what your calling is and what your thoughts are on the question of calling.