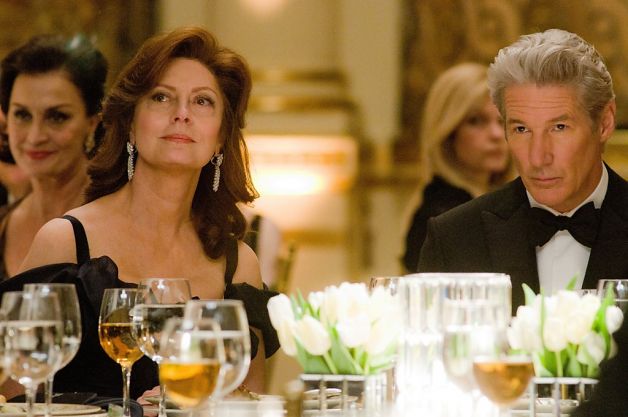 I am a lover of the fall film. As a screenwriter, these are the kinds of films I aspired to write. Masterful, tour de force explorations of the human soul, in which characters undergo the kind of life-shattering experiences that force them to change. In these movies, the characters we root for nearly always rise to the occasion. They accept the challenge, they do battle (with themselves and the outside world), and often achieve their outside goals. But even if they do not, they are  transformed by the journey, made better for having endeavored toward some hard-to-attain goal — which makes for a happy ending of a whole ‘nother sort. I think here of a movie like Michael Clayton, writer/director Tony Gilroy’s beautiful masterpiece about a law firm fixer who comes face to face with his demons, and decides to wrestle them down. George Clooney’s Clayton looks who he’s been and what he’s been a part of in the eye. And though we can’t imagine how he fares after the end credits — what will he do for a living? who will he be now that his conversion experience is complete? — we leave the theatre or turn off the DVD believing that the low places have been made high.

Like Michael Clayton, Arbitrage is a visual masterpiece. It’s an embarrassment of acting riches with Richard Gere — working at the height of his powers — as Robert Miller, a self-made hedge fund manager who flies too close to the sun,  Susan Sarandon as his fiercely pragmatic wife, and Brit Marling, who splashed on the scene in last year’s Another Earth and Sound Of My Voice (films she also produced) and proves, with Arbitrage, that she’s the bona fide real deal.

For all its formal achievements, which include a compelling a tightly told story, Arbitrage falls short of being a masterpiece. First time writer/director Nicholas Jarecki never lets his Miller bottom out. Instead, he crafts for him dodge after dodge until he emerges, unscathed, while all around him the collateral damage drop like flies. There’s the daughter, played by Marling as the Ivanka to his Trump, who suffers a loss of innocence so complete it buckles the knees; the mistress, whose tragic fate turns the cranks of this plot; and the young African-American man, son of Miller’s former chauffeur, whose loyalty leads him dangerously close to taking a fall for Millers flesh and blood crimes.

Jarecki is the son of commodities trader Henry Jarecki (his mother is also a commodities trader), so perhaps he knows of what he speaks. The financial world is full of men who get away with their crimes, kings who keep both their heads and their crowns, as all around them ruin lays.

But this a movie, not real life, and movies work best when the hero’s world is so shaken by events that, when he emerges, he’s not the same. Miller needed to change. The medium demands it and, as an audience, so do we. We look to the movies — and fall movies most of all — to give us a glimpse of the transcendent possibility of change.